THERE is something special about The Memorial. Maybe it’s the magnificent Muirfield Village course upon which it is played. Perhaps it’s because it is hosted by the legendary Jack Nicklaus. Or it could be because the US Open is just around the corner and this course provides a proper test ahead of the season’s third major.

Whatever the reason, Jack’s tournament once again boasts a truly world-class field, with defending champion Patrick Cantlay looking to win for the third time.

Rory McIlroy will also be looking for a victory in what is fast turning into a stop-start season. When he roared through the field with a final round of 64 to finish second at The Masters, the Northern Irishman told us he was excited about what lay ahead. He finished fifth at the Wells Fargo Championship, a tournament he would have won had it not been for a second round of 73.

He then opened the PGA Championship at Southern Hills with a sensational 65 to get us all excited about the prospect of him finally winning that elusive fifth major. A 71 followed and we all hoped that would be his poor round. No such luck. A 74 took him out of contention before he closed out with a 68 to finish the tournament in eighth place.

McIlroy will make his 11th start at the Memorial. He has finished in the top 10 on four occasions, with his best being a tie for fourth in 2016.

The 33-year-old has recorded a PGA Tour victory in 11 of 13 seasons, recording multiple wins in five of those years. McIlroy is sixth in PGA Tour career earnings, with more than $62m since turning professional in 2007. 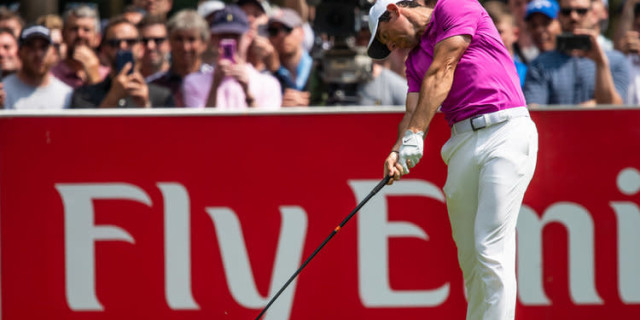 To be frank, a better chance of a European winner might come in the shape of Matthew Fitzpatrick, who has finished in the top-10 on the PGA Tour 21 times since turning professional in 2014, with six of those this season, including a tied second finish at the Wells Fargo Championship.

He also had a shot at winning the PGA Championship but struggled on the final day and had to settle for a share of fifth with fellow Englishman Tommy Fleetwood and American Chris Kirk.

His best finish at Muirfield Village came in 2020, when he ended the week in third place. Although he has yet to win on the PGA Tour, the 27-year-old has seven victories on the DP World Tour. He is getting closer and closer and, at the risk of sounding like a stuck record, it is surely only a matter of time before he lands that maiden win.

Like McIlroy, Jon Rahm has had a frustrating season until winning the Mexico Championship. Normally one of the best clutch putters in the business, the Spaniard has struggled on the greens since his brilliant performance in finishing second to Cameron Smith at the Tournament of Champions at the start of the year. It is a measure of the standards he sets for himself that he is ninth in the FedEx Cup standings and will regard that as a disappointment. And finishing 27th at The Masters and 48th at the PGA is not what he had in mind.

He will not have good memories of last year’s Memorial. After finishing his third round with a 64 and taking a commanding six-shot lead, he was forced to withdraw after testing positive for Covid. But he did win in 2020.

Cantlay took advantage of Rahm’s misfortune, defeating Collin Morikawa in a playoff to win the tournament for the second time. Only two other players, Texan Scottie Scheffler (70) and South African Branden Grace (71), had realistic shots at the title throughout the day.

“I'll definitely remember it slightly different. It is a very unfortunate situation and not anything I would wish on anybody. Jon played so great for the first three rounds. So there's a little something that I can't quite put my finger on that makes it feel a little different but I really hit a lot of clutch solid shots and so I think I'll remember that mostly,” Cantlay said.

“It's always special coming off the 18th green and shaking Jack's hand. We have a great connection and we are good friends so that makes it just a little more special, He's taken me under his wing and to win at his place is very special for me.”

Cantlay would, of course, go on to win the FedEx Cup and end the season with four wins.

Will Zalatoris is a 25-year-old who has played in just eight majors. He withdrew from last year’s Open with injury and missed the cut at the US Open in 2018 and 2021. Nothing remarkable about that. But his other five starts have all resulted in top-10 finishes, including runner-up at The Masters in 2021 and the PGA Championship at Southern Hills in 2022, where he lost a three-hole playoff to Justin Thomas.

He has missed three cuts this season but there have also been two runners-up finishes, six top 10s and eight top-25s. Zalatrois is still looking for his maiden win on the PGA Tour but his record in the majors shows that the harder the course the better he plays.

He would be the first to admit that he struggles with short putts but his sensational iron play more than makes up for this.

Bryson DeChambeau has not played since The Masters, where he missed the cut after rounds of 76 and 80. He underwent wrist surgery and his recovery has taken longer than he expected. But he has entered The Memorial, saying that he is now once again fully fit and raring to go. The big-hitting American won here four years ago but may struggle this week as he attempts to shrug off the ring rust.

Muirfield Village is a Jack Nicklaus masterpiece. It opened in 1974, is a par 72 measuring 7,400 yards. Nothing stands still, with Nicklaus constantly overseeing changes to greens and bunkers. There are plenty of trees and thick rough - it is the perfect test ahead of the US Open. John Huston holds the course record with a 61 shot way back in 1996.

Will Zalatoris only needs a win to complete his CV. He has been in sensational form this season, with six top-10 finishes, including a playoff loss at the PGA Championship. Unsurprisingly, he is among the favourites on Betway. His game is made to measure for Muirfield Village. Rory McIlroy doesn’t have a great record in this tournament but he finished second at The Masters, fifth at the Wells Fargo and eighth at the PGA so it is safe to assume that he will be there or thereabouts.

Bryson DeChameabu. Logic dictates that he will struggle, but who knows with DeChambeau? (66/1)

How You Can Watch:

This PGA Tour Preview article was written in collaboration with Betway