TOMMY Fleetwood showed a welcome return to form at Southern Hills, where finished in a tie for fifth place with Matthew Fitzpatrick and Chris Kirk. And he will start the week at the Porsche European Open as a warm favourite. Apart from his performance at the PGA Championship, he was tied 14th at The Masters and 12th at the Dubai Desert Classic.

The man from Southport has spent much of the season on the PGA Tour, missing two cuts in 13 starts. Although that first win on the other side of the Atlantic remains elusive, his overall form hasn’t actually been too bad.

Also in the field in Hamburg are home hopes Martin Kaymer, Max Kieffer and 2021 Sir Henry Cotton Rookie of the Year Matti Schmid, along with twins Nicolai and Rasmus Højgaard.

Schmid is probably the brightest prospect in Germany. He won the European Amateur Championship in 2019 and 2020 and was the leading amateur at The Open at Royal St George’s in 2021, where he had a second-round 65 to equal the record for the lowest round by an amateur in The Open.

He turned professional after The Open and finished runner-up at the Dutch Open last year. 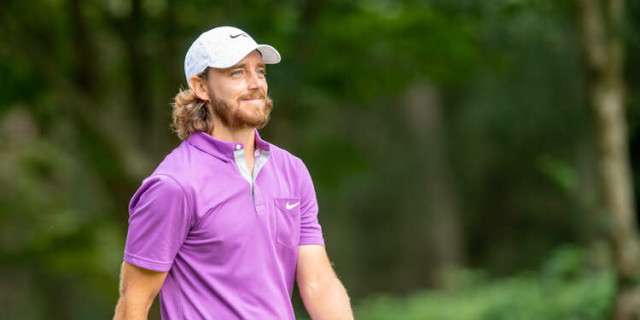 Spain’s Adri Arnaus now has his first win tucked safely under his belt and finished in a creditable tie for 30th place at the PGA Championship, a tournament he qualified for as a result of winning the Catalunya Championship on home soil. Arnaus in now in ninth place in the DP World Tour rankings and has risen to 55th place in the world rankings. A good finish in Germany will take him into the top 50, whereupon he will be guaranteed his place in all four majors and WGC events.

Ashun Wu was in the wilderness until he won the Kenya Magical Open earlier this year. He has won four times on the DP World Tour but before that triumph in Kenya his last victory was in 2018. But since winning again he has maintained his good form.

Robert MacIntrye is still looking to add to his solitary DP World Tour win and although he made the cut at both The Masters and PGA Championship he will not be happy with the way he has played in 2022. He has been trying to balance life between the DP World Tour and PGA Tour and it is clear that his game has suffered as a result.

Kaymer will, of course, have massive support from the home crowd. A former world number one, he has won 11 times on the DP World Tour, including two majors, the 2010 PGA and, most memorably, the 2014 US Open, where he left a world-class field trailing by eight strokes.

Remarkably, that US Open success was his most recent win. His recent form has been dreadful and he comfortably missed the cut at the PGA Championship. His slump is one of the great mysteries. Even now he has weeks where he looks like the player of old but his best finish in 2022 is a tie for 48th place at the Valspar. 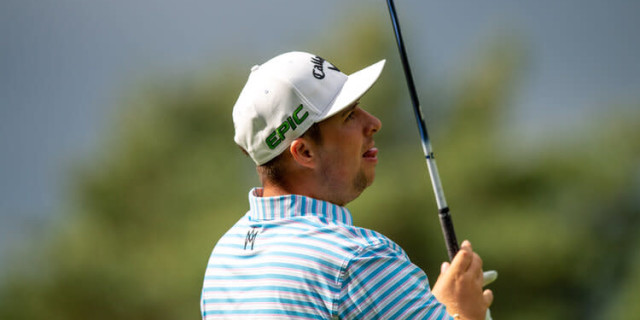 But we only have to go back 12 months to see how quickly things can change for anybody teeing it up in Hamburg. The winner in 2021 was Marcus Armitage, who claimed his maiden DP World Tour success, closing with a seven-under 65 which was enough to secure a two-shot win after the likes of Matthew Southgate and Darius van Driel faltered down the stretch.

The 33-year-old was four shots behind overnight, but he stormed into the lead after covering the outward nine in just 29 strokes, including a hole-out for an eagle-two at the par-four seventh.

"The Bullet", one of the Tour's most popular figures on social media, extended his advantage over the chasing pack with three birdies in four holes from the 11th before the first signs of nerves appeared at the long 16th.

Armitage came up well short of the green with his third and opted to putt, a decision which backfired when he left his fourth 20 feet shy of the target and led to his first dropped shot of the final day.

The charismatic Englishman then missed the green at the par-three 17th, but he regained his composure and played a delightful pitch to scramble a priceless par, and he made a good par-five at the last after his drive found the thick rough.

Having set the clubhouse target at eight under par, Armitage retired to the practice range to prepare for a possible playoff, which looked likely when Southgate recovered from a six at 11th with birdies at 12 and 15 to pull within one.

But, needing a birdie at the last to force extra holes, Southgate pulled his drive into the water on the left and was too far back to attempt to reach the green with his third, while Van Driel surprisingly opted to lay up from just over 220 yards despite requiring an eagle to match Armitage's score.

His form leading up to the tournament had been shocking. He said: "When I had a practice round the other day I've never lost so many balls in a practice round in my life. To be stood here being Porsche European Open champion is pretty cool.

"Twenty years ago I lost my mum and I've dreamt about this since that day, being a winner, and you have days where you think it might not happen but I just stuck at it.

"Today is a great day and I'm sure she would be proud.”

Green Eagle is a monster. It measures 7,603 yards and is a par 73. The back nine measures 4,359 yards and features four par fives. The 16th is a whopping 705 yards and is that rarest of beasts - a genuine three-shooter. Only the straights of hitters will score well here.

Tommy Fleetwood has finally rediscovered something approaching his best form, with a fifth-place finish at the US PGA Championship. He seems to have ironed out his wayward driving, and that is essential if he is to do well here. Catalunya Championship winner Adri Arnaus has a game that is made for this course and is in wonderful form.

Tommy Fleetwood. At last, getting back to his best

Matti Schmid. Will be inspired by home crowds

Tommy Fleetwood. It’s been too long since his last victory

Robert MacIntyre. Not short of self-belief

Martin Kaymer. Looking for something - anything

Adrian Meronk. Getting closer to that elusive first win

John Catlin. When he’s good he is REALLY good

Matt Wallace. Will take heart from a good finish in Holland

How You Can Watch: