8 PGA Championship Venues You Can Play

Walking in the footsteps of legendary golfers and playing the courses where they have triumphed is something magical, but it can be difficult to access the vast majority of those private clubs that have hosted either a US Open or PGA Championship.

Unless you know a member, then your best chance of playing a championship venue in the United States is by visiting one of the public or resort destinations. Thankfully, there are some crackers among those that can be played by anyone.

We take a closer look at eight former hosts of the PGA Championship that you can discover and imagine yourself lifting the Wanamaker Trophy! 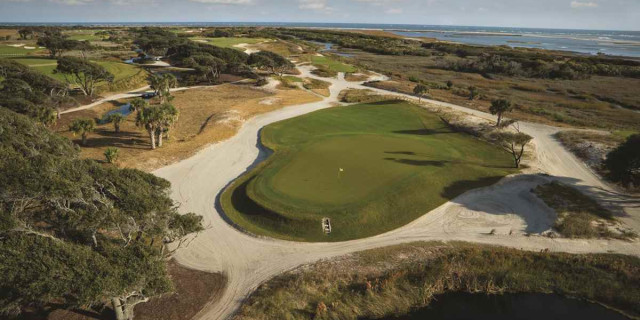 Phil Mickelson's remarkable triumph at Kiawah Island in 2021 was another highlight for the Ocean Course, where Rory McIlroy first lifted the Wanamaker in 2012. Ryder Cup fans will also recall the 'War on the Shore' at Kiawah back in 1991, which welcomed this Pete Dye & Alice Dye creation to the world. This could be their masterpiece - and it's a layout that can be enjoyed via our travel partners Golfbreaks.

Owned by the city and county of San Francisco, Collin Morikawa won the PGA Championship at Harding Park in 2020. The Presidents Cup was staged here in 2009 and it's scheduled to return in 2026. Tiger Woods also won the WGC-American Express Championship on this layout back in 2005.

Following US Opens in 2002 and 2009, the PGA Championship stopped at this cathedral of public golf in 2019, an event that saw Brooks Koepka successfully defend the Wanamaker Trophy. Renowned for its difficulty, the Black Course at Bethpage is fearsome but an incredibly affordable challenge that any keen golfer would relish. 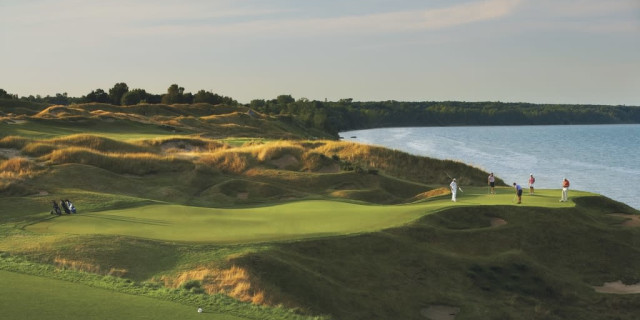 The United States regained the Ryder Cup in 2021 at the Straits Course, a remarkable creation in Wisconsin that has also seen Vijay Singh, Martin Kaymer and Jason Day lift the Wanamaker Trophy. Dramatic, intimidating, stunning, playing this layout is an experience that all golfers can secure for themselves.

The Champion Course at PGA National in Florida was opened in 1981. Larry Nelson won the PGA here in 1987, but it was previously recognised for hosting the 1983 Ryder Cup and the Senior PGA Championship for almost two decades. These days, the layout (known for the infamous Bear Trap) is the venue for the PGA Tour's Honda Classic.

Best known for its many US Opens, the iconic Pebble Beach also staged a PGA Championship in 1977, won by Lanny Wadkins in a playoff against Gene Littler. This legendary venue is one of the most expensive to play in the United States, but it's an experience unlike any other and can be accessed via our travel partners Golfbreaks.

The South Course at Firestone has staged three PGA Championships - in 1960, 1966 and 1975 - and has been part of the professional golf schedule for decades, including the World Series of Golf and WGC Bridgestone Invitational. While it's a private club, Firestone is open to the public via its stay and play packages where any of the three courses can be played.

American Denny Shute (who also won an Open at St Andrews) claimed the PGA Championship (then a match play event) at Pinehurst in 1936, beating Scotland's Jimmy Thomson in the final. Pinehurst has gone on to host the Ryder Cup and several US Opens and is considered the spiritual home of golf in the United States.

Why Championship Golf Courses Are Worth The Price