Saudi Cash Sets Top Golfers Against One Another

HOW MUCH money is enough? Not £32m in European Tour winnings, plus $23.7m in PGA Tour prize money apparently. That is how much Lee Westwood has accumulated in a storied career that has seen him win 25 times on the European Tour and twice more in America.

After his decision to enter the LIV Invitational at Centurion, with a $4m first prize up for grabs, there will be those who judge Westwood harshly.

He insists that he has nothing to reproach himself over, pointing out that he plays golf to make money. And he has toed the politically-correct line, saying that Saudi Arabia, which is financing the new breakaway tour, is doing its best to “westernise” itself.

At 49 years of age, Westwood would normally have to decide whether to keep plodding away on the DP World Tour or head across the pond and join the Champions Tour where, no doubt, he could have plundered much gold. But, of course, he now has a chance to end his career by pocketing millions courtesy of the Saudis.

It seems that he is going to be joined by Sergio Garcia who, after a disagreement with a rules official at the Wells Fargo Championship on Thursday, was heard to say: “I cannot wait to leave this tour.” Garcia is, of course, somebody who wears his heart on his sleeve and it remains to be seen whether he will fully commit to the Saudis. 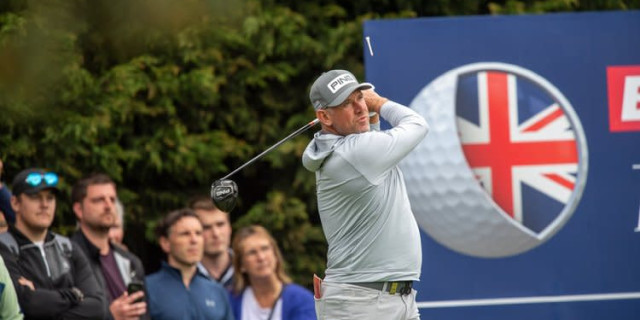 Inevitably, Greg Norman’s breakaway tour has set players against one another. Mike Lorenzo-Vera, a Frenchman who competes on the DP World Tour, launched a blistering attack on Garcia and Westwood at the British Masters.

He said: “You cannot just spit on the PGA Tour and the European Tour like this. I just don’t get it. It is huge money. When I’m in bed I sometimes think, ‘Why don’t you just shut up and take the cash?’

“But one day my kids will ask me how we had such a comfortable life and I’m going to have to answer them.

“If you listen to them [Westwood and Garcia] it feels like it’s been 20 very hard years for them and finally they have got out of that s***. Before this new tour everybody was happy. Nobody was complaining, they were taking a ton of cash.

“I’ve played in Saudi and I don’t feel comfortable there. I’m very lost and a bit angry. I know with the way I’m speaking I’m disturbing a few players but I don’t care - I feel more comfortable in my shoes than if I was in theirs.

The eyes of the golfing world will be on Centurion next month. Under normal circumstances, with such vast sums of money on the line, we would be guaranteed a field that featured plenty of household names. And it would attract tens of thousands of spectators.

As things stand, it looks like Westwood and Garcia will be the star attractions. That may well change, of course, but if you are toying with the idea of going along to watch the action unfold at the LIV Invitational, you may well want to check out the cost of tickets.

How much would you expect to pay for a one-day ticket for an untried tournament such as this?

If you have been keeping an eye on social media you well already know that the price of admission is going to put off a lot of people. A one-day admission ticket for the 54-hole event is going to set you back nearly £68, while a pass for all three days is £180.

To put this in perspective, general admission tickets for the Scottish Open start at  £25 for the Pro-Am, with the price for the competitive days of action ranging from £35 - £40. It's the same for the BMW PGA Championship at Wentworth, where prices range from £16 for a practice day, to £55 for the conclusion on Sunday.

And while all of this has been going on, Justin Rose has been quietly reminding us that not all professional golfers are obsessed with making money.

He has just announced a partnership with American Golf that aims to connect five million people with our wonderful sport for the first time. Rose, you will recall, is the man who, with his wife Kate rode to the rescue of women’s golf in this country at the height of the pandemic by launching The Rose Series.

Rose is a shining example of an individual who puts others ahead of his own needs. Of course he has made a wonderful living from golf but he has and continues to put something back. Covid effectively brought the Ladies European Tour to a juddering halt, causing real financial hardship for many of its members.

Rose dug into his own pocket to help them out and the series has continued, thrived and grown.

This is a man who knows all about the highs and lows of golf and has worked hard to put something back.

He said: “It’s an extremely exciting time for the game of golf. Not only is participation up, but the average age of players has decreased by five years to 41, plus 400,000 women have taken up golf for the first time since 2020.

“Encouraging young people to play golf will protect the future of the sport and schools are a crucial part of our outreach. It’s our vision to have golf on the P.E. curriculum. The Academy will enable more people to benefit from the social and health benefits of golf, as well as us uncovering future champions.”

Rose proves, conclusively, that not every tour player is obsessed with making money, and he is to be applauded.