The PGA Tour heads west this week for the Zurich Classic of New Orleans at TPC Louisiana.  Cameron Smith and fellow Australian Marc Leishman will defend their team title which they won defating Louis Oosthuizen and Charl Schwartzel in a playoff 12 months ago.

The Australians forced the playoff by shooting a 2-under 70 in alternate-shot play at the PGA TOUR's lone regular-season team event. Oosthuizen and Schwartzel began the round with a one-stroke lead, but shot a 71 with three pars and two bogeys. 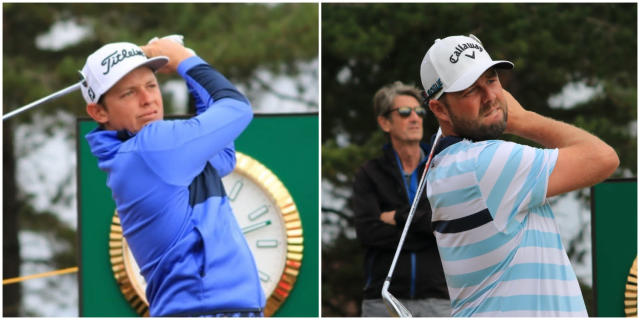 The climatic finish capped off a compelling duel between two teams that teed off together in the final grouping and took turns holding leads that never grew to more than two strokes.  The event was won the second trip up the par-5 18th after Oosthuizen pushed his tee shot into the water and narrowly missed an 11-foot putt for bogey.

Smith and Leishman will surely start among the favourites again this year.  Smith has already won the Tournament of Champions and Players Championship this year and was in contention at The Masters until coming to grief at the 12th hole in the final round. He is in the form of his life.

Scottie Scheffler, the world number one, and the man who seemingly cannot stop winning right now, will partner Ryan Palmer.

And there are several other eye-catching partnerships. They include Collin Morikawa and Viktor Hovland, Patrick Cantlay and Xander Schauffele, Billy Horschel and Sam Burns, Schwartzel and Christiaan Bezuidenhout, Bubba Watson and Harold Varner III and Tommy Fleetwood and Sergio Garcia.

Fleetwood and Garcia are not the only all-European pairing. Justin Rose teams up with Henrik Stenson and Ian Poulter joins Shane Lowry. Look out, too, for Lucas Herbert and Arjun Atwal and Matt Wallace and Sam Horsfield. 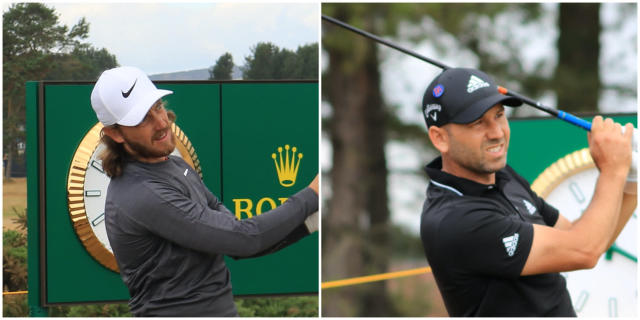 Morikawa and Hovland should be a partnership made in heaven. In a week where players will be making birdies and eagles for fun, these two will take some beating. Hovland has become a birdie machine and Morikawa’s extraordinary iron play has already become the stuff of legend.

The tournament first became a team event in 2017, when it was won by Cameron Smith and Jonas Blixt, in was won in 2018 by Billy Horschell and Scott Piercy, in 2019 by Jon Rahm and Ryan Palmer, and last year by Cameron Smith and Marc Leishman. It wasn’t played in 2020 because of the pandemic.

TPC Louisiana is located 15 minutes from New Orleans. It is a par 72 that measures 7,425 yards. The course record of 62 was set by Ben Martin in 2014. It was designed by Pete Dye, Steve Elkington and Kelly Gibson. It stretches over 250 acres of wetlands along the Mississippi River Delta and features plenty of water hazards, more than 100 bunkers, and plenty of cypress and oak trees.

Cameron Smith is in the form of his life and will hope to bring the best out of fellow Australian Marc Leishman again. Don’t rule out a successful defence. Ryan Palmer, who won here with Jon Rahm three years ago, has got to be thrilled at the prospect of teeing it up alongside Scottie Scheffler, who has won four times in eight starts - it’s the sort of form that made Tiger Woods stand out from the crowd. But the pair to beat will surely be Collin Morikawa and Viktor Hovland. Morikawa showed a welcome return to form at Augusta, where Hovland had a rare off-week.

Collin Morikawa and Viktor Hovland. No weaknesses on either side, and both have wonderful temperaments

Scottie Scheffler and Ryan Palmer. Palmer will be seen as the weak link but he loves this course

Cameron Smith and Marc Leishman. Leishman has not been at his best but will love playing alongside Smit

Collin Morikawa and Viktor Hovland. Will be very difficult to beat

Scottie Scheffler and Ryan Palmer. Palmer has the dream partner

Billy Horschel and Sam Burns. Both men missed the cut at Augusta, but will surely make up for that this week

Tyrrell Hatton and Danny Willett. Sure to provide great entertainment

Tommy Fleetwood and Sergio Garcia. How ironic it would be if Fleetwood’s first PGA Tour success comes in a pairs event

Matt Wallace and Christian Bezuidenhout. This pair could spring a big surprise

Justin Rose and Henrik Stenson. Looking to roll back the years