THE DP World Tour returns for the first of two weeks in Spain with the ISPS Handa Championship at the Lakes Course in Tarragona.

And, unsurprisingly, there is a strong home presence, led by Rafa Cabrera Bello, Pablo Larrazabal, Jorge Campillo and Nacho Elvira. There are also a number of players looking to get things back on track, including Victor Perez and Andrea Pavan. 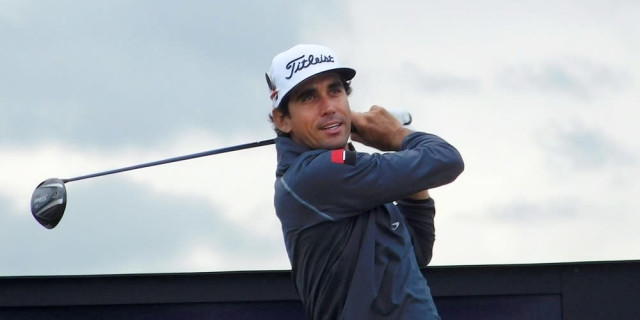 Among the favourites to win will be Bernd Wiesberger, Robert MacIntyre, Qatar Masters champion Ewen Ferguson, and the Hojgaard twins Nicolai and Rasmus.

The Hojgaards were the first twins to win in successive weeks on the DP World Tour last year and it is surely only a matter of time before we see them going head to head with a title on the line. Nicolai has two wins to his credit, including the Ras al Khaimah Championship in February. He also finished joint fourth at the DP World Tour Championship. But he has also missed three cuts in five starts.

Rasmus came out the blocks faster than his brother. He already has three victories to his credit and has yet to miss a cut on the DP World Tour this season.

Incredibly, they are both still just 21 years of age. Just stop and think about that for a moment. They surely represent the future of European golf and are clearly destined for the PGA Tour, where they will be inspired by everything that Viktor Hovland has achieved.

Larrazabal has provided the comeback story of the year. He claimed the MyGolfLife Open in South Africa in March for his sixth victory. And it was a victory that had been coming - he was 35th at the Dubai Desert Classic, tied third at the Ras al Khaimah Classic and followed his win with a missed cut at Steyn City before finishing in a tie for 10th in Qatar.

The Spaniard is a joy to watch. He wears his heart on his sleeve and you only have to look at him to know what sort of a shot he has hit. He loves playing golf and he simply adores playing in front of his home fans.

Ferguson, 25, is the latest Scot to enter the winners’ circle. He has been making steady progress this season. He had a chance to win the Kenya Magical Open but finished with a disappointing 76 to end the week in a tie for eighth place. He has been tipped for the top by many and it will be fascinating to watch his progress throughout the rest of the season. He heads to Spain in 12th place in the DP Tour rankings and will be looking to climb higher.

During his amateur career, Ferguson won th Boys Amateur Championship in 2013 and is the only player to hold the British Boys title and both the Scottish Boys Matchplay and Strokeplay titles simultaneously. He was a member of the Great Britain and Ireland’s Walker Cup team in 2015 and the following year he reached the last eight of The Amateur Championship.

He competed full-time on the Challenge Tour in 2018 and 2019, with a best finish of runner-up at the Euram Bank Open in 2019 and finished 25th in the 2019 Road to Mallorca Challenge Tour rankings. That same year he also enjoyed best finish on the European Tour of third place in the Belgian Knockout.

Covid hit before the start of the 2020 Challenge Tour season and so with a freeze on demotions and promotions from the Challenge Tour and European Tour, Ferguson took advantage of his category and nearly managed to play a full European Tour schedule. Returning to the Challenge Tour in 2021 he was a runner-up three times and had three other top-10 finishes, finishing eighth in the Road to Mallorca to secure his DP World Tour card.

His victory in Qatar came in In only his 37th start. It should be the first of many.

This is the inaugural playing of this event

The Lakes Course was designed by Greg Norman. Its 18 holes meander around the Sequia Major – a collection of 14 lakes and wetlands that represent one of the most important ecosystems in the region. It is a par 71 and measures 6,908 yards.

Ewen Ferguson is riding the crest of a wave after his victory at the Qatar Masters and will be looking to prove that it wasn’t a one-off. Pablo Larrazabal loves playing in front of a home crowd. He has been in superb form this season and collected his sixth title this year.

Ewen Ferguson. On the crest of a wave

Rasmus Hojgaard. Ready for another victory

Ewen Ferguson. Looking to kick on

Rasmus Højgaard. Has no weaknesses

Nicolai Hojgaard. Trying to keep it in the family