View From The Fairway - Looking Ahead Into 2022

As we enter the New Year, Golfshake's Derek Clements shares his latest View From The Fairway, focusing on what we hope to see in 2022.

I WANT to take this opportunity to wish each and every one of you a happy, healthy and prosperous New Year. We have just come to the end of yet another year which has been dominated by the ongoing global pandemic. Restrictions have been reintroduced in Scotland, Wales and Northern Ireland as we battle to get to grips with Covid. It is to be hoped that the pandemic doe snot continue to dominate our lives in the year ahead. There have been remarkably few positive Covid tests in the world of professional golf, which is remarkable when you consider the amount of travel involved in the sport at there highest level. 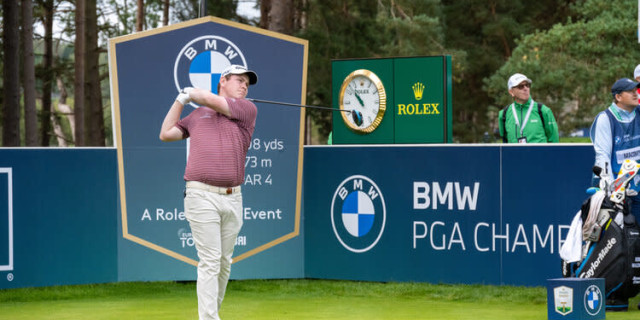 ROBERT MacIntyre fell outside the top 50 in the world rankings in 2021, failed to win a golf tournament, missed out on the Ryder Cup and failed to gain his PGA Tour card. But the Scot finished ninth in the Race to Dubai and insists he has no regrets about his campaign. He is one of a handful of young players who represents the future of European golf. I have no doubts that he will succeed at the highest level and it will be fascinating to watch his progress in 2022. I have a feeling that he could surprise a few people at The Open Championship at St Andrews in July on a course that is made for his game.

Related Article: Which Golfers Have The Most to Prove in 2022

IT IS well recorded that the men’s game is awash with money, with the PGA and DP World Tours offering record prize money in 2022 and vast sums being pumped into the game by Saudi Arabia. Women’s golf in Europe has struggled to keep up but the good news is that the Ladies European Tour has just announced a schedule that features 31 tournaments across 21 countries with a record €24.5 million in prize money. Coming on the back of Europe’s brilliant victory in the Solheim Cup, this ought to provide a significant boost for women’s golf. And about time too.

LIKE many of you, I watched a great deal of golf on TV over the festive period, and I make no apologies for telling you that my absolute highlight was watching Tiger Woods and his 12-year-old son Charlie come so close to winning the Father and Son Challenge. After his dreadful car crash 10 months ago, I never thought that I would get to see Tiger playing golf again. I know that it was a fun event played on a golf course that wasn’t the most challenging layout on the planet but it was a joy to see Tiger having so much fun - and proving that, even at the age of 46, he still possesses some very special gifts. My fervent hope for 2022 is to see him playing “proper” golf again. He says he is a long way short of being tournament ready. That may well be the case but there were enough encouraging signs in Florida for us all to believe that the 15-time major champion just might be able to defy the odds one more time.

Related Article: We Should Not Be Surprised by Tiger's Comeback

JUSTIN THOMAS will be looking for a quieter start to this year than he had 12 months ago. It was at the Tournament of Champions last year that he uttered a homophobic slur on camera after missing a short putt. It was a moment of madness that saw sponsors and fans alike turn against him. By his own very high standards, Thomas had a poor year in 2021 and there is not the slightest doubt in my mind that what happened at Kapalua was the catalyst. Look out for him having a BIG year in 2022.

Things We Want To See Happen in Golf in 2022