Sky Sports have announced the advent of a new show titled ‘Golf’s Greatest Holes’ which will be co-hosted by Ryder Cup captain Paul McGinley and revered broadcaster Chris Hollins.

The show premieres on Monday 11th October at 19:30 and it will be the first instalment of the series, which contains a total of six episodes.

The production will showcase some of the greatest golfing holes in the world, with the inaugural episode focused on McGinley’s Ireland and the neighbouring Northern Ireland. 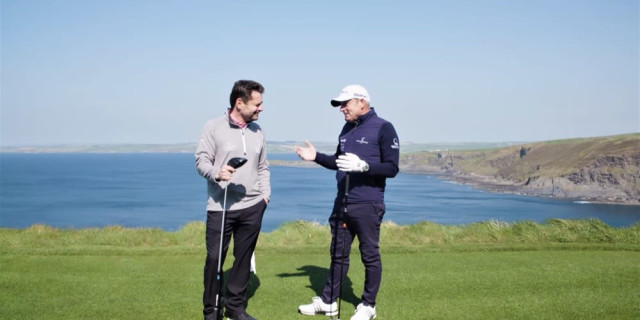 Filming took place earlier this year and both McGinley and Hollins travelled across Ireland playing notorious courses such as Royal Portrush, Adare Manor and Royal County Down.

Utilising modern filming equipment like drones, surreal images of spectacular Irish golf has been captured – including some of the iconic courses that have played host to Ryder Cups and major championships.

The first episode will contain signature holes at revered venues such as Royal Belfast, Old Head, Ardglass and Carne. 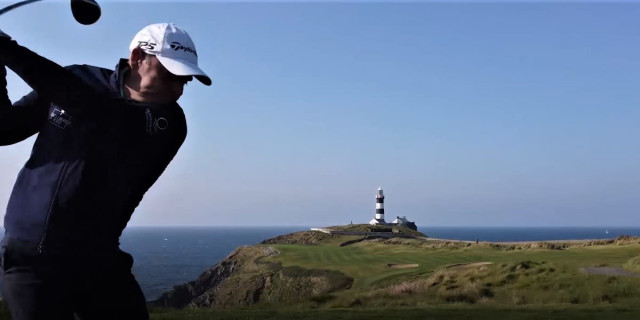 Future episode locations will see the duo travel around the world, including America, the Caribbean, Australia and parts of continental Europe.

“I’m so pleased Chris and I had a chat about this idea a few years ago, because I got to go back to some of the courses on the island of Ireland that are very special to me,” revealed McGinley.

“But I occasionally got to visit some places I had always wanted to play. And boy, were they incredible! We had a lot of fun making the series and we hope that viewers around the world enjoy it too.”

Hollins has enjoyed a marvellous career as a broadcaster, having previously held the role of BBC Breakfast Sports Correspondent.  He is also a keen golfer, holding a handicap of 7 and golf is a huge passion of his.

“What an adventure! The show delves into why certain holes are so special to Paul,” Hollins said.

“Some are for golfing reasons, such as the challenge, risk and reward – and others for the way they make him feel due to the views and the memories. We have an incredible blend of spectacular holes; I also play a few to make sure we see every angle of the hole!”

As an additional bonus and a tip to golfers across the nation, viewers can suggest what holes they would like to feature in future shows by posting their views on the show’s website – which offers an array of added content, such as behind the scenes footage and competitions involving sponsors of the series.