Golfshake's Derek Clements shares his thoughts on stories that have dominated the game in the past week.

IT IS 10 years since we lost Seve Ballesteros to brain cancer. The Spaniard was a genius, the very definition of charisma. He was much loved and admired, and today’s European Tour players owe him a huge debt of gratitude. There are a number of tributes to mark his passing. The R&A is collaborating on a feature-length documentary, Seve, which will be available last this year, sports photographer David Cannon has produced a book, Seve: His Life Through The Lens, and there will be an 18-month exhibition at the British Golf Museum in St Andrews to celebrate his life and times. 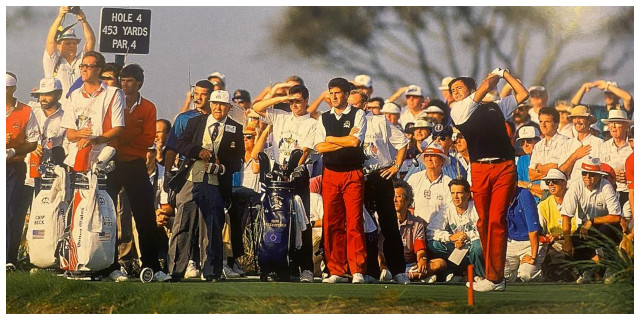 YOU could be forgiven for missing the fact that Cameron Tringale’s third-place finish at the Valspar Championship actually took him to the top of a leaderboard. He picked up $407,1000 in prize money. Tringale has competed in 297 tournaments since 2010, and earned a hefty $13,743,938. But he has never won a tournament. However, after his performance at the Valspar, Tringale has now won the most money on the PGA Tour without winning a tournament, surpassing England’s Brian Davis, who had been $37,390 ahead of Tringale ahead of the Valspar.

AS IF life wasn’t difficult enough after losing so much time during lockdown, a 117-year-old golf club’s clubhouse has been severely damaged in a major fire. The single storey clubhouse at Lutterworth Golf Club in Leicestershire was gutted in the blaze, which was already “well alight” by the time the first crews arrived on the scene. The golf club posted on Facebook: “Sadly, there has been a major fire at Lutterworth Golf Club. The course and club will be closed until further notice.” Club captain Toby Deas said: “We are completely devastated. We have lost so much history, so much memorabilia, so many treasured photographs in this fire. Buildings can be replaced – but our history and heritage is totally irreplaceable, it’s priceless. In the hallway lobby we had dozens of photos of years and years of past presidents stretching back to the start. They have all gone. We will rebuild and we will bounce back. We have had so much support already from our members, other local golf clubs, the general public. We have been overwhelmed by the numbers of calls, texts and messages we’ve had from people."

IT CONTINUES to be a challenging time for club golf, with many courses reporting incidents of vandalism since the first lockdown last March, and this appears to have got worse in recent weeks. There have been teenagers camping in bunkers, members of the public trespassing, a huge increase in dog muck, arson attacks and greens destroyed by vandals.

THE members of Pine Valley Golf Club, one of the top-rated courses in the United States, have finally moved into the 21st century by voting to allow female members to join their ranks for the first time in the club’s 108-year history. The exclusive New Jersey club has had a male-only membership policy since it opened in 1914, but a vote held at the club’s annual members’ meeting supported allowing women to join the club and to have unrestricted access to play the course. Pine Valley president Jim Davis said: “The future of golf must move toward inclusion, and I am pleased to report that the trustees and members of the Pine Valley Golf Club have voted unanimously and with enthusiasm to remove all gender-specific language from our bylaws. The club’s policies will now allow all guests to enjoy our club without restrictions and we will begin immediately identifying women candidates for membership with the expectation of having our first women members in the club by the end of this year. As has been our custom, all prospective candidates must be socially compatible, share a deep passion for the game of golf, and be able to play the golf course with the skill level our founder George Crump intended.” Women guests at Pine Valley were previously only allowed to play the course on Sunday afternoons. That rule will be lifted with immediate effect, with women guests allowed to play at any time. Glasgow Golf Club in Scotland, which was formed in 1787, became the last club in the UK to admit women members when it changed its rules in 2019.

LAST year was a strange one for the golf industry. And in Germany it turned out to be a boom time. “What happened after the reopening following the corona lockdown in March / April 2020 exceeded all expectations,” says Dr Frank Billion, Germany’s veteran golf expert, in his 2021 report on the German golf market. "Those interested in golf flocked to the courses, significantly more rounds were played than in previous years, the majority of golf clubs had newcomers.” As a result, the number of what Billion classes as “organised" golfers in Germany rose by 8,740 to 651,417 in 2020, representing the highest increase in a year since 2012. Compared to 2019, approximately 8% more rounds were played in 2020, and more than 50% of the clubs held significantly more beginners’ golf lessons. Absence, it seems, really does make the heart grow fonder.