AMATEUR golfers will be allowed to accept sponsorship without restriction if significant changes just published are given the go ahead. Current rules make it hard for amateurs to receive support from backers, although many of the world's leading amateurs already sign pre-contract deals before turning professional. Such players are also prevented from accepting any prize money in professional events.

This will change if, as expected, proposals from The R&A and United States Golf Association are approved during a consultation period that ends on 26 March. Tiger Woods famously had to wait until he turned professional to sign a $40m sponsorship deal with Nike in 1996. Unlike sports such as tennis, golf draws a clear distinction between professionals and amateurs.

The authorities remain committed to maintaining the traditionally strong competitive side of the elite amateur scene. "The game doesn't stand still, it is evolving and modernising and our efforts have been to evolve the rules with that," Grant Moir, the R&A's director of rules, told BBC Sport.

Among several proposals, the most significant for emerging players will be the elimination of all sponsorship restrictions. Currently they are able to receive some funding but cannot provide public acknowledgement in return.

"There are opportunities that have presented themselves with the likes of social media and the ability to give an acknowledgement to assistance that you may be receiving," Moir said. "For those who have not made it into national squads or those college programmes to compete at that highest level takes quite a bit of funding so we are increasing the opportunity for those players to access some of that funding. This just enables the elite player to use whatever promotional strengths they have to provide the person giving the support with a little bit of acknowledgment." 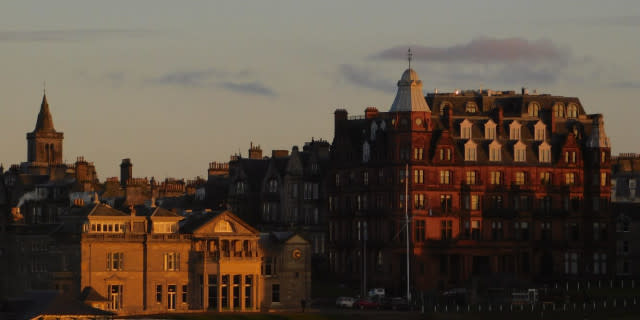 Such players could also face dilemmas over accepting prize money in professional events which would cost them their amateur status and ability to compete alongside the best players in the unpaid ranks. Shane Lowry famously won the Irish Open while still an amateur but was not allowed to pick up a penny of the prize money on offer.

Under the new rules they would only become a professional if they won and accepted more than the stipulated limit of $750 (£535). Playing on the EuroPro Tour, the third tier of the professional game in Europe, that would mean finishing top 20 in a 156 player field. "We have too many people losing their amateur status before achieving any real success in the professional ranks," Moir said. "If somebody is having a go, they're playing in these events and finding that they haven't had any success, then rather than having to then be reinstated, in many cases, they won't actually have lost their amateur status in the first place. That's a significant change but we think it's an appropriate way to avoid that situation."

Players who turn professional and want to return to the amateur ranks are also likely to face a shorter wait before coming back to the recreational game. The reinstatement period currently lasts at least 12 months and can be as long as two years.

"We don't want people out in the wilderness, we want to bring them back," Moir said. A minimum period of six months is now being proposed. "Generally, it's someone who hasn't achieved the level of success they hoped for at a playing level or they've been members of the PGA, working at golf clubs and they've just decided on a career change," Moir added. "We feel that, actually, there is nothing detrimental to the amateur game to bringing these people back more quickly."

The plan is to bring the changes into force at the start of next year.