AND so now we know that, in England, after months of waiting, we can all play golf again from Monday, March 29, albeit in two balls. It means that we will once again be getting changed in the car park and fighting for tee times. Clubhouses will remain closed. But we should have an Open Championship with spectators.

Unsurprisingly, England Golf have issued a statement to express their unhappiness with the timing of the return. It said: “England Golf is extremely disappointed that the scientific evidence presented to government detailing how the sport can be played in a Covid-secure manner has not resulted in a return to play date earlier than March 29.

“We will now examine the details of the government’s roadmap before making further comment and working with our community of clubs, counties and golfers to prepare for the game’s safe return.”

It is not difficult to have sympathy for England Golf’s position when you also learn that, from March 8, we will be allowed to meet with one other person outside. What is the difference between that and two people playing golf together? Why keep courses closed for a further three weeks? 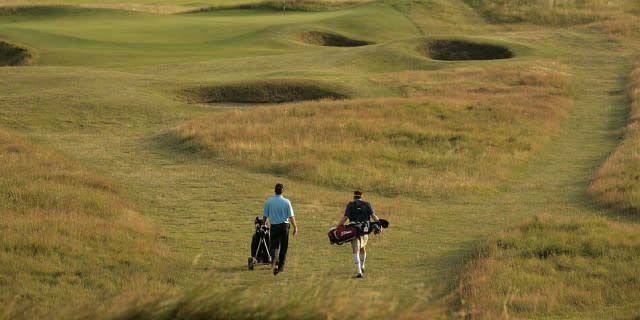 “Boris Johnson has now confirmed that golf will be included in the first wave of sports able to return once the national legal requirements to stay at home end on 29 March.

“A meeting of the APPG with industry bodies is scheduled to take place on Wednesday,  February 24, to consider the impact of the statement on the sport in England, and the full details are now being reviewed by the industry bodies, specifically the impact of the different levels on different aspects of golf including playing, coaching, retail, and club fitting, as well the implications for driving ranges and practice facilities.

But not everybody agrees that it is all doom and gloom. Alastair Sinclair, chief executive of PlayMoreGolf, the biggest golf membership operator in the UK, said: “For thousands of golfers in England this news comes as a relief and a renewed sense of optimism towards a new normal. The past 12 months have been physically, emotionally and mentally draining for everybody and we hope that golf’s return can undo some of the negative health impacts. 2021 is an important year for golf, as a sport and leisure activity, to appeal to a wider audience. How as an industry we present ourselves to the consumer is crucial not just to attract new but retaining current golfers to the sport.”

It is fairly safe to assume that, having waited all these weeks to get back out on the course, there is going to be a pretty enthusiastic return to the game.