We have been told to stay at home for a reason - do NOT play golf.

“WE ARE prepared to look again at the restrictions we have imposed and tighten them if necessary. If you don’t want us to ban all forms of exercise then you have got to follow the rules. Let’s not have a tiny minority spoiling it for everybody.” With these words, Health Secretary Matt Hancock rammed home the message that no matter how beautiful the weather is, no matter how warm it is outside, no matter how hard it is to knuckle down and play by the rules, we simply have no option.

At this time, we cannot live our lives in the way that we used to. Nobody knows how long these restrictions will be in place. There are mutterings of people complaining about having their civil liberties being infringed. For goodness sake!

There is widespread concern about the long-term impact of isolation and home working upon the nation’s economy. Indeed, we are warned that planet is heading for a massive recession. And that seems inevitable.

But we are faced with a stark choice - do we ignore the advice and risk everything, or do we heed it and save millions of lives? I know which option I prefer.

And yet at the weekend, we sat in disbelief watching TV pictures of police having to break up crowds, pointing out the error of their ways to people having a barbecue on Brighton beach. What were these individuals thinking? Have they been living under a rock? Or are they just plain stupid?

Worse has followed. With the temperature nudging 20C, it turns out that some golfers have decided that they know best.

With thousands of Britons already dead, and many more infected with coronavirus, some individuals decided to grab their golf clubs and head off to Baildon Golf Club. They were caught in the act by a woman who was enjoying her right to go for a walk on her own.

Thanks to ALL our members for continuing to follow the advice of Golf England and Government and refraining from playing on the course.
Unfortunately it seems a few rogue visitors have no respect for the health of the Nation. If you know the #COVID19Bandits please educate them pic.twitter.com/1cU4HP10LK

It is bad enough that they should choose to do this, but they weren’t club members and when the error of their ways was pointed out to them by somebody who was he was rewarded with a mouthful of verbal abuse. This behaviour defies belief. It turns out they weren’t the only ones - another pair were spotted playing on another course in the UK.

2 of the 4 dickheads spotted playing round the course already today. “We know we shouldn’t be here but we wanted to try”. Absolute scum pic.twitter.com/CM2AOo4pck

There have been further reports of a minority of golfers heading to courses across the country, with European Solheim Cup captain Catriona Matthew writing on social media: "Heard more people have been caught practicing at Gullane Golf Club … with a long waiting list is it not time to throw those breaking the rules out and / or suspend their membership #idiots."

Gullane’s secretary, Gordon Simpson, sent an email to members and confirmed those stories.

"The club are obviously very disappointed that a small minority of members are still choosing to ignore the government directive and continue to use the courses as they are out for a daily walk, despite everything being closed.

"Today we have highlighted again that all of our facilities are currently closed to help in controlling the spread of COVID-19 and we are asking for the members support during these challenging times." 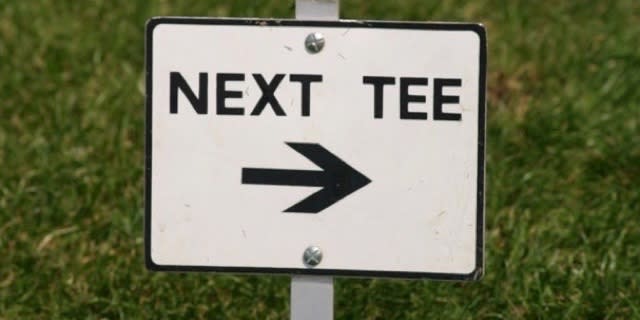 Golf courses were closed for a reason - and The 149th Open Championship at Royal St George's has been postponed for a year. We were told that we can’t play. It is not something that is up for debate. If we play by the rules we are told that Britain just might come out the other side with “only” 20,000 deaths. That is a horrifying figure. If we ignore the advice that toll will increase dramatically. Worse than that, it is highly probable that the government will feel that it has little option but to put more police and troops on the streets to enforce the lockdown.

Generally speaking, Britons are at their best in times of adversity. How sad it is that there always seems to be a minority, however small, that think they know better. They don’t.

There are many ways to keep your game in shape during this awful time. We have featured many of them here. Practice your putting on the carpet, hit a few chips and pitches in the back garden. Stand in your garden and swing a club. Go online and check out the plethora of tips now widely available from the world’s very best golfers, including those on Golfshake. Many club golfers have come up with some ingenious solutions and are sharing them on social media. Check them out. But do not be tempted to go anywhere near a golf course or driving range.

If you see anybody playing golf while you are exercising, challenge them. If they ignore you, call the police. It is our duty to obey the rules. We may not like them - who does? But we owe it to every man, woman and child in this wonderful nation of ours to listen to the experts in this field and to do what they tell us.

I leave you with one sobering thought - nurses have died. Nurses with young children. What on earth would their families think if they knew there were idiots out there flouting the rules so blatantly, put their lives at risk and those of others just so that they hit a golf ball? They should be ashamed of themselves!

Golf will return - our courses will reopen - and that will be a magical day that we can't wait to celebrate together. But until then, let's all do the right thing.