Thomas Pieters attempts to get his 2019-20 season off to the perfect start by winning the Mauritius Open at the Heritage Golf Club, not least because he is determined to be a part of Padraig Harrington’s European Ryder Cup team to take on the USA next year. The field in Mauritius is not the strongest, so this gives him a golden opportunity to gather some much-needed qualification points.

Pieters was a member of the team that was thrashed 17-11 by the USA at Hazeltine in 2016, but emerged with his reputation greatly enhanced as he became the first European rookie to secure four points on his debut. He was devastated to miss out when Europe gained sweet revenge in France last year and is determined not to be on the sidelines again. He has also been in winning form this year, finally securing his fourth European Tour title at the Czech Masters in August. 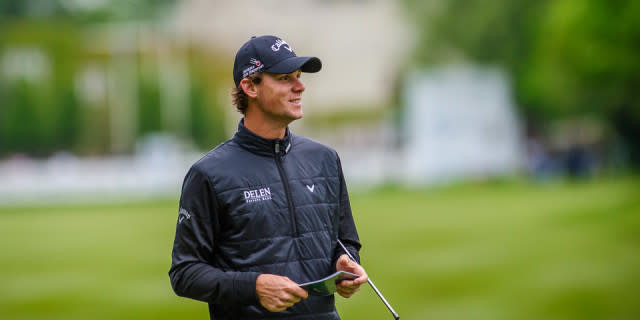 Fellow Belgian Nicolas Colsaerts, an ambassador with the Anahita Golf and Spa Resort which shares the hosting of the Mauritius Open with Heritage Golf Club every alternate year, finally returned to the winners’ circle, ending a seven-year drought when he claimed the Amundi Open de France in October for his third European Tour title.

Colsaerts’ victory in France was a welcome return to the form he displayed when he became the first Belgian golfer in history to play in The Ryder Cup in 2012. He was instrumental in the European team’s 14½-13½ victory over the United States that year in what became known as “The Miracle at Medinah”.

The Belgians join a field that includes Indian star Shubhankar Sharma, Benjamin Hebert and European Amateur champion Matthias Schmid. Schmid will make his debut in the AfrAsia Bank Mauritius Open as one of the most exciting young talents in world golf. The 21-year-old became only the second German golfer to win the European Amateur Championship at the Diamond Country Club in Austria in June. His three-stroke victory – including a course record nine-under-par 63 in the third round – saw him join a list of golf’s biggest names to have won this title, including Rory McIlroy and Sergio Garcia.


Sharma has led a resurgence in Indian golf over the past two years. He won two European Tour titles in the space of three months, including becoming at the age of 21 the youngest Indian to win on the European Tour with his Joburg Open triumph in December 2017. In 2018 he became only the fourth Indian golfer to ever play in The Masters, and his rise on the world stage saw him also named the European Tour’s 2018 Sir Henry Cotton Rookie of the Year and crowned the 2018 Asian Tour Order of Merit champion. He has struggled to maintain those standards but there were signs towards the end of last season that he is returning to his very best. And he still has plenty of time on his side.

There will also be a strong South African challenge, led by George Coetzee, Justin Harding and Brandon Stone. Coetzee is a four-time European Tour champion and the winner of the inaugural Mauritius Open at Heritage Golf Club in 2015. He is seeking to win a European Tour event twice for the second time in his career after his victories in the Tshwane Open in 2015 and 2018. He also recently claimed his 10th Sunshine Tour title when he won the Vodacom Origins of Golf Final at the beginning of November.

“I feel like I’m in a good space now and playing pretty well. I’m looking forward to the summer season and hopefully my golf will be good. It’s an exciting time for me,” said Coetzee.

Harding made his breakthrough on the European Tour in the 2019 season with his victory in the Qatar Masters, which was his fifth victory in 12 months wherein he also won on the Asian Tour and Sunshine Tour and broke into the top 50 on the world rankings for the first time in his career.

Stone remains one of the most frustrating golfers on the planet. He has three European Tour wins to his name, including the 2018 Scottish Open, but he misses more cuts than he makes and is just as capable of shooting an 80 as a 60. It is utterly baffling because Stone possesses one of the best-looking swings on tour and looks like a man who should win three or four times a season.

Joel Sjoholm. Looking to put Leopard Creek disappointment behind him

Benjamin Hebert. Has every shot in the book

Benjamin Hebert. Ready to make the next step

Nicolas Colsaerts. Back where he belongs

Brandon Stone. Which Stone will turn up?

Daniel Van Tonder. Could be next big thing from South Africa

Winged Foot Will Provide a Psychological Test Like No Other

The US Open Preview, Picks & Analysis

9 Players to Watch at the US Open

The US Open By Numbers