Five Players to Watch at The Masters

It is impossible to ignore the 14-time major champion. Yes, it is 13 years since he last won at Augusta. Yes, it is 2013 since he last won a tournament of any kind, but the 42-year-old is fit again, has played some wonderful golf this year and, crucially, still possesses that amazing short game. To win The Masters, you need to be able to putt, and you would still bet your life on Woods holing the ones that really matter. His record at Augusta is astonishing. He has won the Green Jacket four times and in 20 appearances has missed the cut only once – and that was as an amateur. He has finished in the top eight on 13 occasions.

If Rose is going to add to his 2013 US Open, then it is almost certainly going to happen at Augusta. He would be the first to admit that he is not the best putter in the world, but Rose is one of the best strategists in the business. He knows how to put the ball in the right place, time after time, and that is what you simply have to do to win The Masters. He has played in the tournament 12 times to date and has never missed the cut, which speaks volumes about his approach to the course. He finished second to Jordan Spieth in 2015 with a score that would have won just about any other Masters and he lost in a playoff to Sergio Garcia 12 months ago.

Lefty may well be 47 years old now, but he is a winner again, having defeated world number two Justin Thomas in a playoff at the WGC Mexico Championship. He had been playing well for months, and that victory should have surprised nobody. It certainly didn’t surprise Mickelson. He adores Augusta, winning in 2004, 2006 and 2010. There have also been a further 12 top-10 finishes, including one second place and five thirds. He is possessed of a touch around the greens that most mere mortals can only dream of. With a wedge in his hands, the man is a genius, and he is likely to hole just about every putt he stands over.

At just 24 years of age, Spieth has already won three majors, and it all started for him at The Masters. In his first appearance in 2014 he finished in a tie for second place – no debutant is supposed to come that close at Augusta. He came back the following year, ripped up the record book and won in astonishing style. In 2016, Spieth appeared to have The Masters in the bag until he came to the par-three 12th hole. He came up short, his ball finishing in the water. He dropped another ball and, astonishingly, fluffed his pitch back into the water. A shell-shocked Spieth walked off the green with a seven on the card, and Danny Willett went on to win. Spieth finished in a tie for second and last year he was 11th after a poor final round. Spieth adores this place. 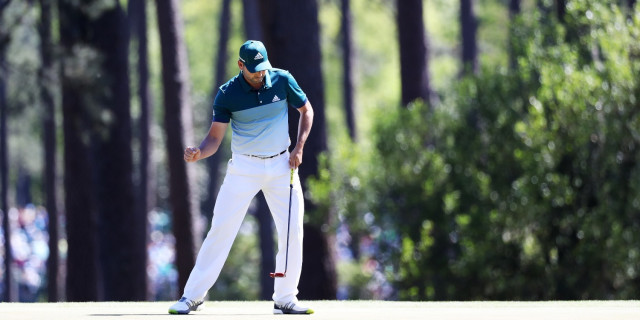 The Spaniard finally got the major monkey off his back when he defeated Justin Rose in a playoff in 2017.  It was his first major victory at his 74th attempt, something he admitted that he thought would never happen after going so close so many times since he turned professional. He had accumulated 22 top-10 finishes in majors before finally finishing off the job at Augusta, and he was a sore loser, sulking after losing to Padraig Harrington at The Open in 2007 and again to the same player at the 2008 US PGA championship. He eventually told the world’s press that he wasn’t good enough to win a major. He was wrong. He is finally playing the game with a smile on his face and is playing some of the best golf of his life.