THE Shriners Hospitals for Children Open at TPC Summerlin is like no other tournament on the PGA Tour. It is a week when the world's leading golfers put their own interests to one side and turn the focus on children who, in many instances, are fighting for their very lives.

It is a golf tournament that could not go ahead without a vast army of volunteers, and it is one that touches the hearts of everybody who takes part. Las Vegas residents Paul Schulz and his wife, Kristin, have helped out at the tournament since 2012, knowing that every penny that is raised goes to the hospital to help pay for the care of the children.

“Last year, there was this little guy burnt from head to toes. His toes had been attached to his hands to be his thumbs,” Paul said. “Others will come and they’re missing limbs. The moment you see them, your bad mood from dealing with traffic disappears. Your problems are nothing. These kids have real-world problems, for life.”

Paul is a US Air Force Special Operations veteran. He works gate duty at TPC and uses a wand to detect metal objects.
What would the couple tell others about volunteering? Try it once and “you’ll get hooked, too,” Kristin said.
John Clayton, an engineer, has been volunteering at the Shriner’s Open since 2007.

He said he is passionate about charities that are children- or veteran-oriented. Clayton oversees player registration, practice and caddies’ facilities as well as the players’ transportation.


In total, some 1,000 volunteers run the tournament. Tournament director Patrick Lindsey revealed that most of the volunteers are retired men and women. But he says that they need more youngsters to walk with the players and help to indicate the score.

Lindsey says that it is not easy to find volunteers and one of the reasons for that is that they each have to pay $75 for the privilege, in return for which they receive a T-shirt and free beverages, and receive vouchers for one meal a day.

“It’s not a revenue line item for us,” he said. “This is a way for us, and all PGA tournaments are operating the same way. If we didn’t charge, then (that money) would be coming out of the pockets of Shriner’s Hospitals for Children and we wouldn’t be able to give as many dollars back to our kids.”

The tournament was won last year by Rod Pampling, of Australia, in 2015 by Smylie Kaufman, in 2014 by Ben Martin, in 2013 by Webb Simpson, in 2012 by Ryan Moore and in 2011 by Kevin Na. It is also a tournament venue that brings out the best in Scotland's Martin Laird, who won it in 2009 and was runner-up the following year. 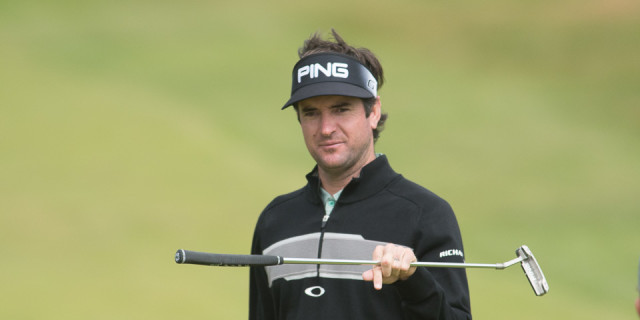 Bubba Watson turns 39 on Sunday. The left-hander has won nine tournaments, including The Masters on two occasions, but has not tasted success since February 2016 and his world ranking is on the slide. He was fourth in the world after winning The Masters in 2012 but now finds himself languishing in 60th place.

He is a one-off, possessing a golf swing that seems to have a thousand moving parts. His driver has a pink shaft and he uses a pink golf ball. Watson is incapable of hitting the ball in a straight line but moves the ball from right to left - for him that equates to something could politely be described as a fade, but to the rest of us is actually a huge slice. Despite this, he remains one of the longest hitters in the game. He has a sublime touch around the greens, but it is his putting that has caused him problems during the past 18 months or so.

Watson can be a spikey character but he has a huge heart and this is a tournament and a cause that matters to him. He was cut to the core when he was overlooked for the American Ryder Cup team last year, asking Davis Love, the US captain, if he could play his part as a non-playing captain after Love decided not to give him a wild card. Watson has made it clear that he has no intention of sitting out next year's event in Paris, and he can take a huge step towards reclaiming his place by winning at TPC Summerlin, a course that favours big hitters.

That means that it should suit Tony Finau. He stands 6ft 4in and tips the scales at 14st. In other words, he is a perfect physical specimen and he hits the golf ball into the middle of next week. It is surprising that the 28-year-old still only has a solitary victory to his name but he has made a sparkling start to the new campaign, finishing second at the Safeway Open and 26th at the CJ Cup. He enjoyed nine top-10 finishes during the 2016-17 PGA Tour season and averaged 316 yards from the tee. But he only hits 58% of fairways. The good news for Finau is that Summerlin does not have a great deal of rough, so he will not be punished for wayward driving. Like Watson, Finau has had his travails on the green, but you don't come so close so often without holing your fair share.

Gary Woodland. Better than he thinks

Charley Hoffman. Giving the youngsters a run for their money

Bryson Dechambeau. Does it his own way

Keegan Bradley.  Back to his very best