THE USA may have a pretty indifferent record in the Ryder Cup in recent years, but they have every reason to feel that they own the Presidents Cup, having won it six times in succession and nine of the 11 times since it was launched back in 1994.

And if you think it doesn't matter then just ask Phil Mickelson, who failed to make the top 10 automatic choices and had spent much of the season making it perfectly clear to US captain Steve Stricker that he was desperate for a wild-card pick. Stricker duly obliged, and also added 40-year-old Charley Hoffman to his team for the match at Liberty National Golf Club in New Jersey.

It is hardly surprising that Mickelson wanted to be a part of the team - he is a proud American, after all. To the outsider, it may be more of a surprise that Stricker selected him given his awful Ryder Cup record. This is the 23rd consecutive time that he has represented the USA in the Ryder Cup and Presidents Cup. The last time a US team did not contain Mickelson was way back in 1993, when Jordan Spieth was four months old. But here is the thing - his Ryder Cup record is ordinary at best, but he is the record points scorer in Presidents Cup history with 29, way, way ahead of any other player.

This is a new-look US team, and a formidable one that will expect to retain the trophy with something to spare.

The US team contains five players who have never before played in a Ryder Cup or Presidents Cup team, the most since five players experienced their first professional team competition at the 2010 Ryder Cup team in Wales. And although the pressure surrounding the Presidents Cup comes nowhere close to the Ryder Cup, making the team matters no less to the men involved. 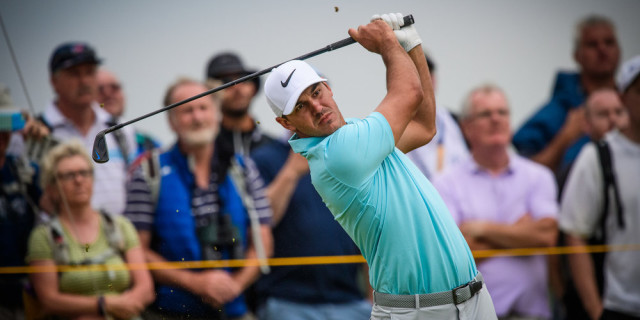 In the summer of 2015, Brooks Koepka played eight times in nine weeks in an attempt to make the US team. He was bitterly disappointed to miss out, but had the consolation of qualifying for the 2016 Ryder Cup team, going on to be an integral part of his country's victory.

"Playing for your country is kind of like the good ol' boys club, if that makes sense," Koepka said. "You learn so much about each other, but you know them on a personal level. It seems like out here, it's more like, 'Hey, what's up?' You're playing with them, and that's about it. But you never get into any real interesting conversations or whatever it might be. Now you sit down for lunch, you know the names and ages of their kids. I didn't have that before the Ryder Cup."

Koepka has made what he believes will be lifelong friendships as a result of his Ryder Cup experience. "All these phone numbers suddenly started popping up on my phone," he said. "I had no idea who they were, and then I realised it was all my Ryder Cup teammates. Bubba Watson wasn't a member of the team - when he didn't receive a captain's pick, he asked Davis Love if he could act as a non-playing vice-captain. Now, we FaceTime once a week, even during golf weeks. He called on Christmas Day and my Mum answered the phone. He said, 'Who's this?'"

Tiger Woods once complained that top American golfers had to play team matches every year, while Europeans and the International team (every country except those in Europe) "only" had to compete in such matches every other year. His disdain for the Ryder Cup probably had a lot to do with the fact that Europe kept beating Woods and his teammates.

Woods has long been regarded as a solitary character. He is still recovering from his latest back surgery, but will be one of Stricker's assistant captains at Liberty National. He admits that it will be a rare highlight in what has been a miserable year for Woods. The Presidents Cup has served American golf well, bringing players together who would otherwise be unlikely to mix with one another. Kevin Kisner, Hoffman, Justin Thomas, Daniel Berger and Kevin Chappell will all be experiencing that for the first time. 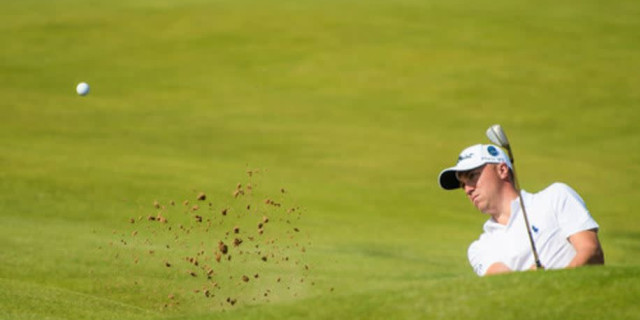 Berger and Thomas got a taste of it last year when they were invited to Hazeltine with several Ryder Cup members to play the course in case they were among Love's final picks. Also on that trip were Phil Mickelson, Brandt Snedeker and Spieth, players who had been part of other teams.

When you look at the teams, it is difficult to believe that the Internationals, captained by Nick Price, have a prayer of winning. Between them, the US team have won 11 majors. The International side have a grand total of four - Jason Day, Adam Scott, Charl Schwartzel and Louis Oosthuizen. But they do have Marc Leishman, who is in the form of his life, and Day is looking like the force of old too, so maybe the Americans will not have it all their own way.