Made in Denmark Preview, Picks & Analysis

Thomas Pieters returns to Himmerland Golf and Spa resort to defend his Made in Denmark title, and will be anxious to put some disappointing performances behind him. The Belgian is one of the most gifted players currently competing on the European Tour, but for reasons best known to himself, he has had a pretty limited schedule in 2017.

He nearly won the Genesis Open in America earlier in the year and has contended several times on his home tour without being able to finish off the job. The big-hitting Belgian is a hugely-gifted natural talent but he has become increasingly critical of his own performance, and many of his contemporaries feel that he needs to learn to be a little more patient. Even Pieters admits that he often expects too much of himself, and he will return to Denmark with fond memories of his victory 12 months ago.

Mind you, Pieters is not the only man in the field who will feel that 2017 has been something of a disappointment 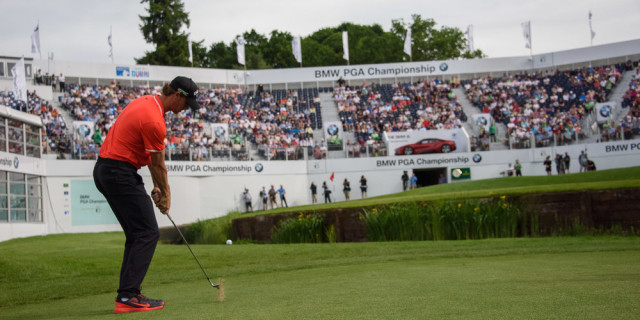 You may well have forgotten that Martin Kaymer spent some time at the top of the world rankings. Those days seems a long way off. He is one of those golfers who either plays brilliantly or is unable to hit a barn door from 10 yards. He won the US PGA in 2010 and then destroyed a world-class field to add the US Open to his resume four years later. It was generally believed that US Open victory would see Kaymer's career really take off, but it just hasn't happened.

Kaymer said: "I am really looking forward to coming back to Denmark. It was a very good week in 2016, I had a fantastic time in Himmerland and the fan support is phenomenal. The 16th especially is one of the best holes we play all year, and I can't wait to stand there again."

He has tried to change his swing, and you have to ask yourself why somebody who has won two majors would want to change the technique that had served him so well. He is not the first to reach the pinnacle and then decide to change things. Sandy Lyle won The Open and The Masters and then headed off to completely rebuild his swing. Sadly, his career then went into tailspin. Padraig Harrington won three majors in 13 months and was on top of the golfing world. So what did he do? Yup, he also decided that it was time to change things. 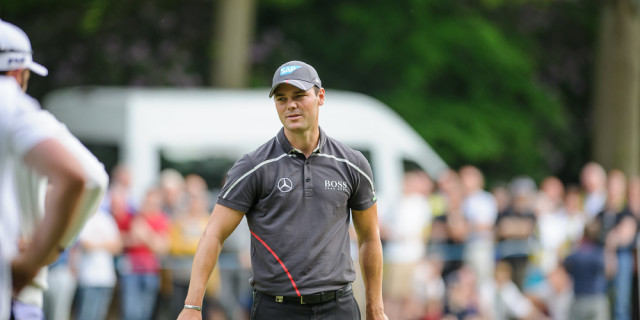 It is a safe bet that, for the first two rounds at least, there will not be a dull moment at Himmerland as John Daly, the former PGA and Open champion, is also in the field. After a long fallow period, the Wild Thing finally returned to the winners' circle this year with an unexpected victory on the Champions Tour. If ever a man needed to bank a few million dollars now that he has turned 50, it is Daly. One can only imagine how much money he has to fork out in alimony as a result of several failed marriages.

He has been through some awful lows in his life, but Daly keeps coming back for more, and his mood at Birkdale during The Open Championship suggested that he may well have turned a corner. He has now become almost as famous for his singing as for his golf these days, having released two albums, and he has promised to bring his guitar to Denmark with him.

Daly said: “I’m looking forward to coming to Denmark to play in the Made in Denmark tournament and join the fans at the festival to sing a couple of songs.” The atmosphere at Himmerland is as close as the European Tour ever gets to that generated by the huge galleries at the Phoenix Waste Management Open, and Daly will relish it.The tournament has become known for its special atmosphere and passionate supporters, particularly around the natural amphitheatre at the dramatic 128 yard uphill par three 16th hole, known by local supporters as ‘Himmerland Hill’. 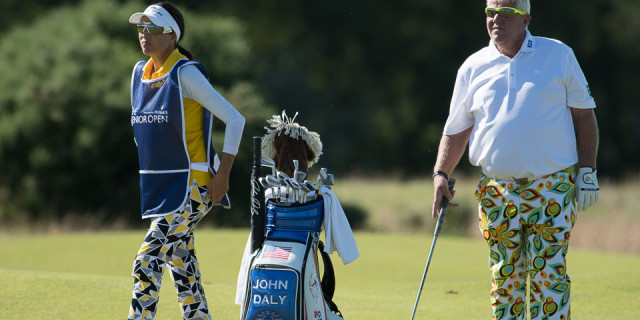 A music festival is held in conjunction with the tournament, and Daly may well take to the stage. Don't laugh, but he actually has a really good voice – and he can play a guitar.

Made in Denmark promoter, Flemming Astrup, said: "It's a huge coup for us that John Daly wants to play Made in Denmark, and maybe even bigger that we managed to persuade him to play at the festival – I don’t think anything like this has been seen before at a tournament.We’re also delighted that Martin Kaymer will come back this year. It is great news for everyone involved with the tournament, especially our spectators, who create such a mood and atmosphere that even world stars like Kaymer don’t want to miss out.”

There would be no more popular winner than home player Soren Kjeldsen. The little Dane is one of the gutsiest players on the European Tour and is looking for a big finish to his season after missing part of the year through injury. He is a proud Dane and he will surely be lifted by the prospect of playing in front of an enthusiastic home gallery. He is definitely one to watch.

Thomas Pieters. Has a point to prove

Martin Kaymer. Arrives amid much fanfare

Soren Kjeldsen. Will be lifted by home fans

Thomas Pieters. Don't be surprised if he wins again

Martin Kaymer. Looking for some form

Marc Warren. Due a top-10 finish

Paul Dunne. Getting better with every passing week

Thomas Detry. The next big thing from Belgium