CRUNCH time is approaching on the PGA Tour. It may only be August, but the Wyndham Championship at Greensboro represents the penultimate opportunity for players to qualify for the season-ending FedEx Cup series, and there are some surprising names who still haven't secured their places.

Jim Furyk, Graeme McDowell, Johnson Wagner, Shane Lowry, Aaron Baddeley, Billy Hurley and Ryan Palmer are all on the outside looking in. For Furyk, way back in 156th place, only a win will do and it looks like an impossible task for the US Ryder Cup captain, who has struggled with his game and with injury in 2017.

Last year's winner was South Korea's Si Woo Kim. To say that his victory was a surprise is something of an understatement, but it gave him a huge amount of confidence and he stunned the PGA Tour earlier this year by adding the Players Championship at TPC Sawgrass. Apart from that win, Kim has had a shocker of a season, withdrawing from six tournaments (including last week's US PGA) and missing 11 cuts. He pulled out of the Farmers Insurance Open at Torrey Pines after an opening round of 83 and did the same at the Valspar after an 81. He has broken 70 just 13 times in 2017, but here's the thing - Kim plays well on tough courses, finishing in a tie for 13th in the US Open at Erin Hills and winning at Sawgrass with rounds of 69, 72, 68 and 69. And he would have been in contention at Erin Hills had it not been for a final round of 75, when he decided to go for broke.

The point of all of the above is that the likes of McDowell, Lowry, Baddeley, Hurley and Palmer can draw some comfort from what Kim achieved. It only takes one week to turn around an entire season - and perhaps even a career.

Palmer has been one of the most consistent performers on the PGA Tour for a number of years but he lost his father in 2017 and it has clearly affected him. But a tie for ninth place at the Barracuda Championship demonstrated that his game is not far away. He is just outside the automatic places and probably needs a top-10 finish to make the FedEx Playoffs. Palmer is a determined character with a huge heart and it would be a foolish person who bets against him doing what he needs to do.

McDowell and Wagner will arrive in Greensboro with some confidence - they saved their seasons last year when they finished in a tie for fifth place here 12 months ago. Former world No1 Luke Donald was runner-up to Kim and hoped that it might signal a return to form, but it simply hasn't happened for the Englishman, whose slide down the rankings continues at an alarming rate. 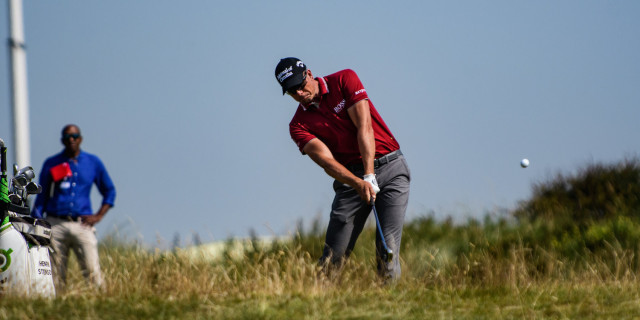 Henrik Stenson is a late entrant. The world number eight added the tournament to his schedule to ensure that he plays the minimum number of 15 starts to retain his PGA Tour card."When I set my schedule for the year I include the three playoff events," he said. "I want to make it to the Tour Championship but if you put all four on your schedule it puts a lot of pressure on you having a solid year. In my mind, I have always had the Wyndham Championship in my mind as a back-up.

"Playing at Wyndham this year guarantees me my 15 starts but, more important than that, it gives me the opportunity to improve my position before the playoffs begin. I have shown in the past that you can win or get close to winning the playoffs through different scenarios."

Stenson won the FedEx Cup in 2013 and was runner-up two years later. He is proof that you can come from a long way back to win the top prize. In 2013 he went into the playoffs in 41st place. Ahead of the US PGA Championship, Stenson was a lowly 84th place in the points table - this ensures he will make the field for the first two playoff tournaments, but he is going to have to find a big week, and soon, if he is to have any chance of emulating his past glory. The Swede, who won The Open in 2016, has had a poor season. He enjoyed his 12 months as the Champion Golfer but his game suffered as a result of Stenson's many and varied activities off the course. Now that the Claret Jug is safely tucked away in Jordan Spieth's trophy cabinet, don't be at all surprised to see Stenson rediscover his very best form now that he only has his game to think about.

Rafa Cabrera Bello is still looking for his first victory on the PGA Tour, and this is a course that should suit his game. His victory at the Scottish Open in July was his first for five years and only his third on the European Tour, statistics that are barely credible when you consider how consistently good he has been over the past four years or so. He repeatedly gets himself into contention in both Europe and the United States. His victory in Scotland just might provide him with light-bulb moment that allows him to take his career to the next level. 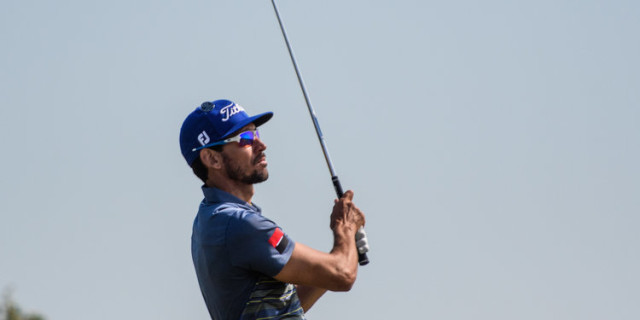 To Win: Henrik Stenson. Ready for another win

Each Way: Ryan Palmer. When the chips are down...

Ryan Palmer. Has the bit between his teeth

Rafa Cabrera Bello. On a high after winning again

Luke Donald. Looking to roll back the years

Si Woo Kim. Will either contend or miss the cut - or withdraw!

Kevin Kisner. Believes he can win every week