It's the fourth major on the ladies calendar, and the RICOH Women's British Open kicks off today at the majestic Kingsbarns Golf Links, which is set to boost tourism across Fife as the summer season reaches its peak.

The championship, which is celebrating its 41st year, will bring a large number of international and local visitors to the area across the four-day tournament. Tourism in Fife already supports around eleven thousand jobs and is worth £349 million.

The line-up will see some of the world’s top ranked players from over 30 different nations competing in the tournament. Reigning champion Ariya Jutanugarn from Thailand will defend her title, and British hopefuls Charley Hull and Catriona Matthew will also be competing in addition to Scotland’s Carly Booth from Perthshire.

RICOH Women’s British Open is one of two Major golf championships played outside USA, and hosts the most international field of the year. Commenting on the tournament, Fife Golf Partnership chairman Stephen Owen said:

“Fife has been host to some of the most memorable major championships over the years, and is one of the most renowned and well-respected golf destinations in the world. Kingsbarns now joins the Old Course at St. Andrews as host to this prestigious tournament, and I’m excited for the players, and visitors, to experience another of Fife’s wonderful golf courses.” 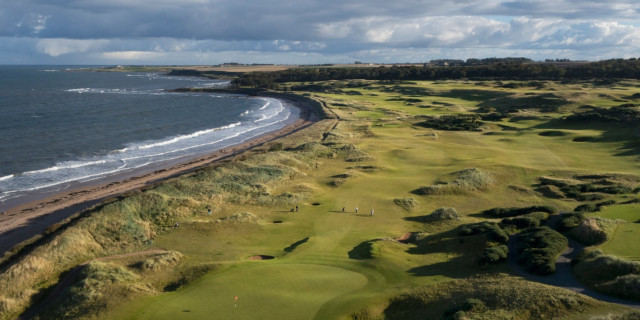 Ann Camus, tourism manager at Fife Tourism Partnership added: “The summer months are always a busy period for Fife, and I’m thrilled to be welcoming visitors from all over the world for the RICOH Women’s British Open. Tourism across the Kingdom is booming, and provides local businesses with a real opportunity to capitalise on increased custom, which continues to boost Fife’s economy and profile as a top tourist destination in Scotland.”

Fife’s summer months also mark the launch of a series of five videos from golf professional and famous trick shot performer Kevin Carpenter of the KC Golf Show at courses across the Kingdom to continue raising to the profile of the region as a must visit golf destination. Carpenter takes to his unicycle to travel and perform his trick-shots on some of the most iconic holes at Kingsbarns Golf Links, The Castle Course St. Andrews, Crail, Burntisland and Aberdour.

The two-minute films were launched on social media in July and August, and have already proven popular with the public and these can be seen by visiting @visitfifegolf on Facebook and Twitter.