For a long time, the Titleist Pro V1 and Pro V1x have been the ball of choice among golfers. This year, they have made some small but significant changes.

These include improvements to the precision on the moulds in which the balls are made and have also improved the consistency of the dimple pattern and therefore ball flight.

Specifically in the Pro V1 is the inclusion of the Next Generation 2.0 ZG Process Core. This has allowed Titleist to reduce spin, but keep the soft feel that players have become familiar with.

Golfshake’s Owen Davies caught up with Frederick Waddell, Senior Manager of Golf Ball Product Management at Titleist, to discuss the process of getting a new ball to market and the importance of ball fitting.

Waddell said: “For 2017 we involved more golfers of all abilities - tour players, club professionals and amateurs - it is a process that helped us narrow our focus and pick a design that got us to where we are.

“So where we are in 2017, the new Pro V1 gets significantly longer. It does that through a core formulation change and process change that is ultimately going to deliver more speed and decrease spin.

“The Pro V1 now is a much longer golf ball. 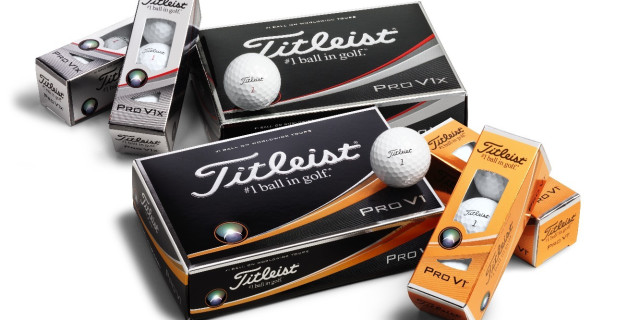 “Another thing we've been talking about is that players have historically played Pro V1x often because it is perceived to be the longer golf ball - and it has been.

“Taking distance out of the equation, we're looking at flight, feel and spin. The other change that we made in both golf balls is newer dynamic designs, so by changing the dimple pattern and also the process we go through to make the cavities, we get more consistent flight.

“We measure flight by hitting a number of golf balls with a robot, measuring essentially the window that those golf balls go through in terms of height and depth. And what we've seen with the advancements is we've made that window smaller.

“For us, there's really two paths that are always going on. One is that path of we just want two balls. We'll start feedback and input from golfers immediately, which will help inform the decision we make for the next generation.

“The other piece in this sector relates to that aerodynamic design breakthrough that we had. That's more,.....something that is sort of a constant R&D process going on.

“This isn't for a particular golf ball, this is just trying to create improvements that will help golfers and so that project, the aerodynamic project, has been going on for years. We ultimately said ‘this is ready, lets bring it into golf’ even if golfers are saying they want a more consistent flight.”

Getting fitted for your clubs is becoming more and more important to golfers when buying clubs nowadays. It goes without saying, every swing is different so getting your clubs the right length, loft and lie is vitally important.

But what would you say to testing golf balls to find the one to suit you? This is something Waddell believes most golfers should be doing.

“If you're going to compare golf balls, one thing you need to ask is what am I looking for? What are the differences I should see? In these two golf balls it's flight feel and spin.

The Pro V1x is probably going to fly a bit lower with a more penetrating launch. The Pro V1 is launching and flying higher and peaking deeper down range. The Pro V1 feels softer than the X too.

“Spin wise, the X is going to spin from the mid irons to short game. That process which we've highlighted, they've never actually gone and tested them side-by-side, so we encourage that.”

Another key part of releasing a golf ball comes through tour validation. Waddell explained to us just how important it is for a ball to be tour validated, and how it works.

“So, we always launch golf balls on tours fashionably in advance of launch, to create that validation model, so our golfers and our partners know that the product they're bringing in has been played at the highest level and has been successful.

“We certainly saw that on the tour this past year. Jordan Spieth put the Pro V1x in play at the Australian Open and won, which was great. But even, Brandon Stone won the Dunhill with the new Pro V1.

“We also really want to make sure the golfers know it’s not just for tour players, so before launching, over 80,000 golfers received these golf balls and we asked them to go out and play them and give us feedback. We look at the feedback and see if golfers noticed the differences we expected them to.”

If you want to learn more about the 2017 Pro V1 and Pro V1x take a look at the Golfshake reviews here or visit the Titleist site here.