Storms and a tornado warning curtailed Monday's Practice Round at Augusta National, and the inclement conditions are set to define the early stages of this year's Masters.

Wednesday traditionally sees former champions joined with contemporary players in the Par 3 Content, but the event looks in question for the first time since it began in 1960.

Scott Michaux of the Augusta Chronicle, reported on Twitter on Tuesday evening that it was unlikely that the pre-tournament contest - which famously no player has won in the same year as the Masters - would go ahead, to the immense disappointmet of spectators who have ventured to Georgia for the first men's major on the calendar.

If there's a Par 3 Contest this year I'll eat my shorts. #Masters pic.twitter.com/86HAPmTkUU

However, more notably, the weather is certain to play a factor within the tournament itself on Thursday, with gusty winds and cooler temperatures forecast for the opening round, ensuring that the undulating and challenging layout will play even more difficult than normal, with the slick and uncooperative greens becoming treacherous.

Early indications suggest that later starts will avoid the worst of the breeze, but that is no guarantee in what has been an unpredictable period of weather for the south-east of the United States. It's forecast to be similar on Friday, with conditons to improve over the weekend, offering a reprieve for those who have survived the halfway cut.

With practice rounds affected on Monday and Wednesday, preparation hasn't been ideal for the field, particularly the more inexperienced players making a first trip down Magnolia Lane. It may play into the hands of seasoned competitors, who have played Augusta in a variety of situations, and have that vital knowledge that can only be attained with time. 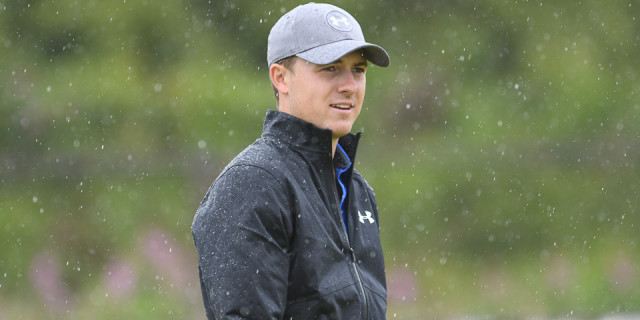 Dustin Johnson, Jordan Spieth and Rory McIlroy are the pre-tournament favourites, each with their own agenda to settle with the legendary course, but these forecasted conditions are destined to play havoc with them.