Tommy Fleetwood is back at Augusta National for a second time, but the first as part of the Masters field.

Having won the Johnnie Walker Championship at Gleneagles in 2013, and recording three runner-up finishes during the following year, the young man from Southport was on the verge of securing a Masters debut two years ago. Finishing 2014 ranked 51st in the world, he narrowly missed out on that coveted invite into the season's first major in Georgia. It was something that Fleetwood had taken a unique approach to preparing for, quietly venturing across to watch the tournament unfold in person at Augusta on something of a reconnaissance mission.

"I kind of came with the intentions of being there the following year, (but) I just missed out," the 26-year-old said during his pre-tournament press conference. Most players would always wait until they eaned that invitation, but Fleetwood came with the intention of becoming comfortable with his surroundings. "I think whoever you speak to just says (it's) not just (about) the golf course, but the surroundings, the club, everything takes a little bit of getting used to. Augusta, it's in everybody's mind, and everybody's dreams and it's just that place that you want to go to, so it's a little bit surreal when you first go. I had a chance the go, and I thought, I'll go, because I just want to see what it's like and when I do come, I might not be as awestruck. But it doesn't quite work like that; when you get to the golf course, it's still the same feelings."

Having now experienced the course for himself on a couple of occasions, he has already identified characteristics that make the undulating and expansive layout unique. "The first thing that struck me was it's the first course I've ever seen where precision is so important. It's the biggest course I've ever seen for that. It's kind of forgiving off the tee a little bit, the fairways are quite wide, but you still have to take the tee shots on to give yourself the best chance of hitting the iron shots in. Obviously you can end up in all kind of spots. 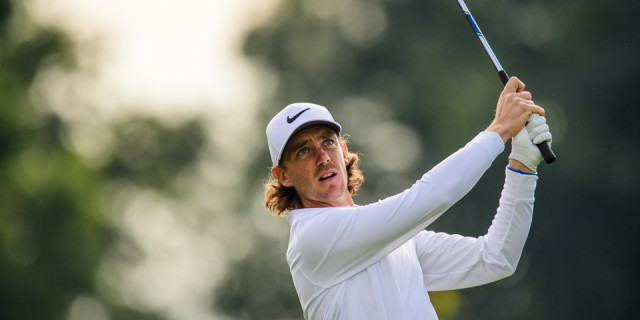 "But around the greens, there's no other place like it. I mean, we play a lot of courses where it's kind of simple to wander around and go, well, you can't hit it there or over there is a good miss and that will be fine. Sometimes it only takes one practice round but this place is very, very different. But yeah, it strikes you, you can see why it's not only power hitters that win, because approach shots to the green, the course can work in your favor as much as it can harm you, and if you are on your game and your irons are very precise, then you can use it to your advantage."

Augusta famously does not relent its many secrets to newcomers, but Fleetwood is taking advantage of those who have gained knowledge of those iconic greens over decades. "I managed to get a few holes with (1998 champion) Mark O'Meara yesterday, and Billy Foster, Lee Westwood, just trying to get as much information as we can and seeing how we go. It all depends on how you play, as well. At the end of the day, you can play terribly, so that makes no difference at all. Hopefully I can make a good showing of myself. Stranger things have happened. I've got no massive expectations. It is great to be here and hopefully there will be a lot more."

Despite his hopes of playing in 2015, the game turned against the former English Amateur champion, who had slumped to a low of 188th in the world back in September. However, since then, Fleetwood has enjoyed a sparkling and career changing run of them, including winning in Abu Dhabi and finishing runner-up to Dustin Johnson at the WGC Mexico Championship. He makes his debut in the Masters ranked 33rd, and is understandably proud of that stunning turnaround in fortune during recent months. 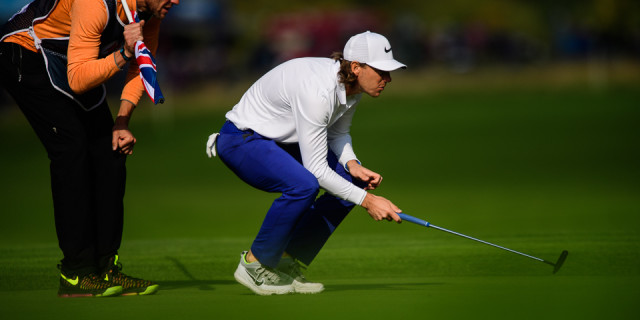 He is now, and enjoying the opportunity aware of the fact that no debutant has won at Augusta since 1979. It's perhaps fitting then that he'll play in Wednesday's Par 3-Contest with the man who last claimed the green jacket as a rookie. "I actually put my name down with Fuzzy Zoeller in the Par 3 because I know he's the only one that's done it. He's the only one that has won the first time (since 1935), so I thought maybe that might give me some vibes."

As one of a record eleven players from England in the field, Fleetwood will be hoping to carry that national positivity and maybe follow in the footsteps of Danny Willett, whose success last year headlined this renaissance for English golf.