TOMMY FLEETWOOD announced his arrival as a world-class golfer when he finished second at the WGC-Mexico Championship, chasing Dustin Johnson all the way to the finish.

Fleetwood went into the week leading the Race to Dubai after his victory in the Abu Dhabi championship and he has now extended that lead after a glorious four days at Chapultepec Golf Club in Mexico City. He finished in glorious style holing a huge putt across the 18th green for a birdie that took him to 13 under par. It meant that Johnson, the world No1, had to par the same hole to clinch his fourth WGC title.

Johnson safely negotiated the 18th and now stands second on the list of WGC winners, but he has some way to go before he catches the all-time winner, Tiger Woods, who has an astonishing 17 WGC title to his name.

Johnson, the US Open champion, recorded a closing 68 for a 14 under total, one better than Fleetwood and two clear of the European Tour’s newest member John Rahm and England’s Ross Fisher. Belgium’s Thomas Pieters (68) shared fifth with third round leader Justin Thomas (72) of the USA. 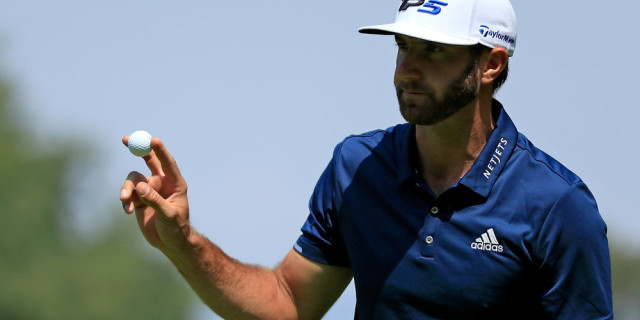 Fleetwood holed from 40 feet on the last to complete a superb 66 and secure the biggest payday of his career of more than $1m and open up a huge lead over Fabrizio Zanotti at the head of the Race to Dubai.

On a wonderful day for European golf, Fisher fired nine birdies in a closing 65 and Rahm actually briefly led Johnson before costly bogeys at the 16th and 17th holes. He had played 69 holes without three-putting until leaving his second shot at the 16th a long way from the hole, and was unable to get down in two putts, and the same thing happened on the 17th.

Fleetwood's performance will take the 26 year old to a career-high of 35th in the world, with Rahm up to 25th.

Rory McIlroy began the final round two shots off the lead but struggled from the start. He finished joint seventh after a round of 71 that contained two bogeys and two birdies, but he will have been encouraged by his overall play after being out of the game with a rib injury for more than six weeks.

Lee Westwood was one off the lead before a horrific run that saw him record four double-bogeys and four bogeys. He salvaged something with a brilliant birdie three on the 18th but will be bitterly disappointed to have finished the tournament with a 78.

Johnson said: "It means a lot to win because world No1 is a tough spot to be in. There's a lot of pressure on you but I came out and I played really well. I hit the ball great all week. The greens are tough to putt on and I didn't feel like I putted my best, but I really hit the ball well and played just well enough I guess because I won by one."

Fleetwood was delighted with his week's work. "It's tough to beat the best player in the world, isn't it?It was a great back nine," he said. "I started pretty well after all a couple bad shots. So I felt comfortable on the back nine and made the most of the par fives.

“I wasn't overly worried about where the leaders were. Dustin and Jon kind of came backwards a little bit. To be honest, I was looking at trying to get third on my own at one stage, and then before you know it I saw the scores on the last green and I thought I might have a chance at winning it. But it was a really good putt on the last. It would have been nice to get in a playoff and see how we did, but overall it was a good day.”

Rahm was philosophical. "I didn't play great every day and still had a chance to win the tournament. The days that we don't have our A game, to have respectable scores is going to keep you going for a long time and I was just glad I could do that. My first chance here on this golf course, first time I played this kind of event and to actually have a chance and be in it the first time, it's really nothing but positive.

Needless to say, McIlroy was disappointed. "I needed to get off to a fast start and I didn't," he said. "Look at what DJ did through sort of the first nine holes [he reached the turn in 31], I needed to get off to a start like that. The course got a little trickier over the weekend. Maybe I just didn't quite adjust to that. But all in all, first week back, it's okay, but being two ahead going into the weekend, I am obviously disappointed with the finish I had.”

IF YOU are going to record your maiden European Tour victory then you may as well do it in style, and that is precisely what Dean Burmester achieved with a brilliant closing round of 65 to win the Tshwane Open in front of an enthusiastic home crowd.

The South African produced a stunning front nine, reaching the turn in 29. At one stage he led the field by six shots and reached 20 under par, with the tournament record at his mercy. But nerves then appeared to get the better of him and he dropped a couple of shots late on to finish 18 under. But he had already done more than enough.

Spain's Jorge Campillo and Finn Mikko Korhonen, of Finland, got within three shots of Burmester but in the end it was a comfortable victory, and it will change his life. He began the week with no playing privileges on the European Tour after finishing 140th in the Race to Dubai last season, but he has recently found some excellent form, and this was a continuation of that.

A top ten finish at the South African Open got him into the field for the Abu Dhabi HSBC Championship where he went on to claim seventh spot, and last week he finished 11th at the Joburg Open. He had already won six times on the Sunshine Tour but this victory at Pretoria Golf Club is a different kettle of fish.

"I can't believe it," he said. "I've had an amazing summer and last week was a frustrating day for me on Sunday and it didn't go my way but then my family and everyone who supported me said, 'We're coming up next week so you better win in front of us' and I'm glad to have done that.

"I sharpened my teeth as a youngster on the Big Easy Tour here at home and I think I had five seconds in one year and then two years later I had four wins on the Sunshine Tour. It's gone strength to strength and now I'm a European Tour winner and that sounds great.” 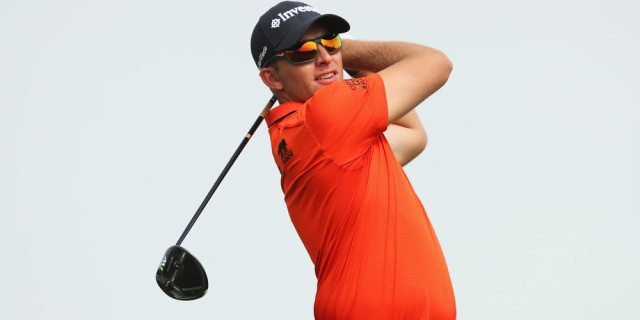 Burmester birdied the first three holes to suddenly find himself three shots ahead. He then birdied the sixth, eighth and nine holes. The 27-year-old hit his drive into thick rough at the 10th but hit a superb approach and holed out for another birdie. His first bogey of the day came at the 11th but he bounced straight back with another birdie at the 12th hole. His best shot of the day came at the par-three 14th, where he was inches away from a hole in one.

Dropped shots came at the 16th and 17th. "I just knew that if I could get unscathed through 13, 15 and 16 I should pretty much be home and dry," he added. "I made a great par on 13 next to the tree and then birdied 14 and kind of calmed down. Bogeys at 16 and 17 weren't great but I was just trying to keep myself calm."

Korhonen turned in 32 with birdies at the fourth, eighth and ninth and also birdied the 14th and 18th holes. Campillo responded to a bogey on the fourth with birdies on the sixth and ninth. Another dropped shot followed on the 10th but three birdies in his last five holes saw him card a 68.

American Peter Uihlein confirmed his recovery from injury with a 66 to finish at 14 under, a shot clear of Swede Alexander Bjork, who was level par for his final round. Jacques Blaauw, Paul Dunne and James Morrison were then at 12 under, with Ben Eccles, Peter Karmis and Justin Walters two shots further back.

Bjork had started the day as joint leader with Scott Jamieson but the Swede, who had looked so good throughout the first 54 holes, struggled all day. However, his travails were as nothing compared with what Jamieson went through. The Scot was looking for his first victory since 2013 but it all went wrong for him and he stumbled to a 78 that saw him finish in a tie for 22nd place.