Bridgestone, the world’s largest tyre and rubber company, celebrated Charley Hull’s Olympic success with the launch of the Chase Your Dream, No Matter What campaign.

The Chase Your Dream, No Matter What campaign is an official International Olympic Committee Partner through 2024, with the aim to encourage people of all ages, abilities and passions to find the strength to chase their dreams and overcome any obstacles they face along the way.

Despite the male-focused world of golf, Hull has had to believe in herself against all odds. Hull said: “I’ve come up against many barriers as a female golfer and I’ve had to learn to battle these to succeed.

“When you feel strongly about something, it’s your spirit as much as your ability that gets you through.

“I feel that I have the spirit to chase my dream no matter what.” 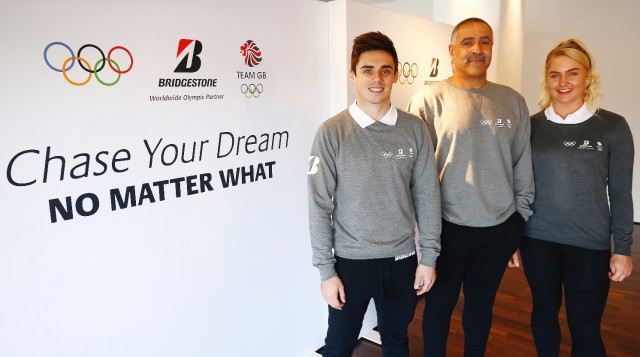 Double Olympic decathlon gold medallist Daley Thompson’s story explores the challenges of growing up as a mixed-race child in an underprivileged part of 1960's West London. For Olympic gold medallist Chris Mears, his story talks about already having to fight for his life at just 24 years of age.

Bridgestone’s North Europe Managing Director Robin Shaw commented: “Our Chase Your Dream, No Matter What campaign aims to inspire people everywhere, whatever their background to find the strength to chase their dreams and overcome any obstacles they face on life’s journey.

“Whatever challenges you face, we believe our role is to keep everyone safe and on track until you safely reach your destination. Our ambassadors are sharing their stories to help everyday people chase their dreams, no matter what.”

There will be a series of events that will make up the 2017 Chase Your Dream, No Matter What Calendar, with Charley Hull hosting a golfing experience.

“Bridgestone is a globally recognised and successful brand and we are excited and proud to work together on their Chase Your Dream, No Matter What campaign.

“Our role in helping the nation’s best Olympic athletes realise their dreams resonates with so many of the stories around the Olympic Games as athletes strive to reach their personal goals and provide inspiration for anyone with their own goals and aspirations.”