According to English golf sensation Charley Hull, the women’s game “IS” growing and she believes that increasing the amount of media coverage can only help boost the popularity of the female side of the sport.

From representing Team GB at the Rio Olympics, to winning the CME Group Tour Championship at the end of 2016, Hull is the Englishwoman making waves on the LPGA Tour, and all at the age of just 20.

The Kettering Golf Club product hasn’t only been a big hit on the golf course, but off it too. In an interview with Golfshake’s Josh Carr, Hull has had her say on male only golf clubs, Rory McIlroy’s stance on the Olympics and helping grow the game.

“I think the ladies' game is growing,” said Hull, who is a key part of the #ThisGirlGolfs campaign, however recognises that more still needs to be done. Increased media coverage is always a key part of exposure. If you are learning golf for the first time, having fun with your friends is also really important.” 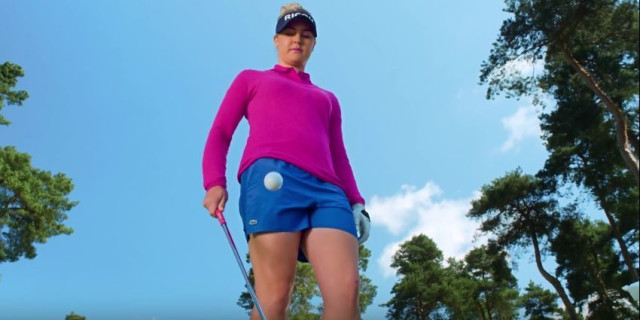 The stereotype that golf is very much a “boys club,” and that there are less opportunities for young female golfers is something that the Solheim Cup’s youngest ever competitor would disagree with.

“I didn’t really feel like there were less opportunities. Girls should enjoy golf, as it is a great way to get fresh air and exercise with friends. I was lucky that there were a great group of guys I played with and we all got on really well. It probably helped that I was better than them!”

Are you listening the Honourable Company at Muirfield? A female golfer better than a male golfer…

The Open Championship hosts are very much stuck in the dark ages by not allowing female members, however Hull doesn’t believe it will be long until this changes. “I think now the R&A have changed their membership, all other clubs are going to follow eventually. Hopefully it will just be a matter of time.”

Just four days shy of her 18th birthday, Hull picked up her first Ladies European Tour title after defeating Gwladys Nocera in a play-off at the 2014 Lalla Meryem Cup. It would take Hull a further two years to pick up her maiden LPGA Tour victory, but what a victory it would be at the CME Group Tour Championship.

“I was really buzzing to get my first win on the LPGA at the end of 2016. The field at the CME Group Tour Championship was really strong and I had a great week from start to finish and a lot of good shots paid off.” 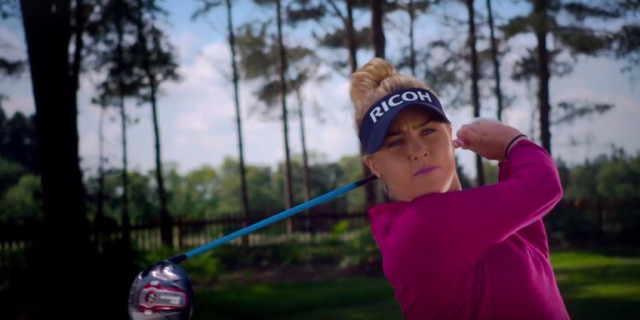 Making the switch from amateur to professional golf is usually described as a monumental task by many golfers, but not for Hull. The youngster reeled off five consecutive second place finishes on the Ladies European Tour, after she turned pro in 2013. “I was lucky to have played in some professional tournaments when I was still an amateur. I think this really helped when I then turned pro. The amateur circuit is also very strong and competitive. When I turned pro I felt ready to compete at that level which allowed me to play my best.

“I am happy with the way my game is progressing. I will just keep taking it one step at a time. I want to be playing and enjoying competitive golf for as long as possible. I know I have many more successes ahead of me.

“I don’t really like to set too many goals. I will keep focussing on good shots, as each good shot leads to a good hole and lots of good holes lead to a good round, which leads to a good tournament. This is my second full year on the LPGA and it means I have a bit more flexibility around which events I want to play in, but I always like getting off to a great start to the year.”

Golf returned to the Olympics for the first time since 1904             , with professionals from both the men and women’s tours competing in a 72-hole individual strokeplay tournament. Despite shooting a respectable eight under par after four rounds, the Woburn based golfer would finish two shots away from a podium finish.

There was much controversy surrounding the 2016 Rio Olympics, with Rory McIlroy choosing not to take part for several reasons. Arguments ensued over social media with people reasoning for and against McIlroy’s decision, however it is a decision that Hull respects.

“He had to make a personal decision. I think he said since he would like to have played. It was a shame he didn’t play but both the men and ladies tournaments were a big success.

“It was amazing to be able to represent Team GB. It was a great experience to travel to Rio and stay in the village with all the other athletes. We don’t have many opportunities to represent our country in golf and it felt amazing. I also had a good tournament.

“After my experience in Rio I would like to represent Team GB again and I think the crowds in Japan could be huge.” 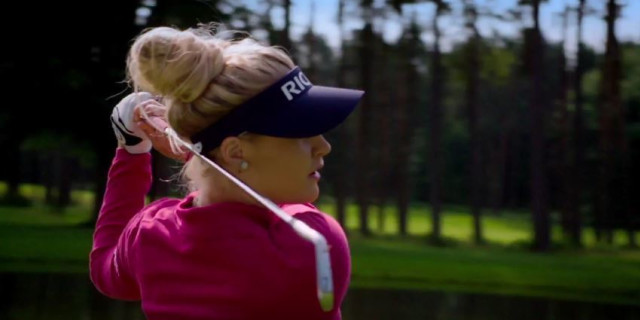 It is Hull’s attitude off the golf course that has brought her many admirers and the 2013 LET Rookie of the Year admits she enjoys home comforts when not battling it out on the links. This includes a few drinks down the pub, and in her shed in the back garden.

“I celebrated (the CME Group Tour Championship win) with a few close friends back home. It was good to see them after a busy year travelling on tour. Off the course I like to spend time with my friends back home and we hardly ever talk about golf unless I am playing my mates, but it is very different to tour!”