THE European Tour has finally realised that the time has come to change its membership criteria if it is to have any chance of being able to field the strongest possible team at the next Ryder Cup.

From next season, players will only br required to compete in a minimum of four European Tour sanctioned tournaments outside the Major Championships and World Golf Championships next season.

The official line is that the change continues to recognise the global nature of the European Tour, acknowledged for the 2016 season when the number was reduced to five tournaments outside the Majors and WGCs. It is also designed to help players plan their schedules even more effectively as the European Tour continues to grow and expand. 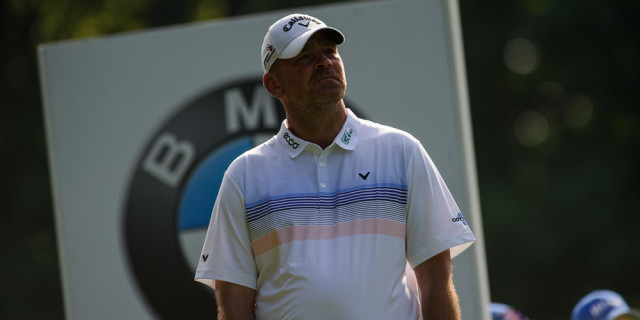 The truth is that is opens the door for the likes of Paul Casey and Jon Rahm to take up membership of the European Tour and be eligible to play in Thomas Bjorn's Ryder Cup team. They will only have to take part in the BMW PGA championship, French Open, Irish Open and Scottish Open, which all feature huge prize funds. Casey was one of the consistently best players in the world in 2016 but could not be considered for the Ryder Cup team because he was not a member of the European Tour. The chances are that he will now quickly rejoin his home tour.

Keith Pelley, chief executive of the European Tour, said: “The change to our minimum tournament requirement will help many of our members who play around the world but who, at the same time, wish to remain loyal to The European Tour. It will enable them to remain in membership in what are extremely exciting times for The European Tour with the advent of the Rolex Series, one of the most important and significant developments in our 44-year history.”

Other changes are also being made. Firstly, there will be a greater weighting for points earned in tournaments in the latter stages of the process to help ensure the European team reflects those players in form nearer the time of the Ryder Cup.

Race to Dubai points and world ranking points earned in these tournaments will be multiplied by 1.5 for the two respective qualification lists with the first counting event to benefit from this increased weighting in the 2018 season being the BMW PGA Championship at Wentworth.

With the 2018 schedule not yet finalised, the last counting event for Bjorn's team bound for Le Golf National in Paris in September 2018 is not confirmed, but the starting point will be the Czech Masters at the Albatross Golf Resort in Prague from August 31 – September 3, 2017.

And after the introduction of the Rolex Series, no Ryder Cup qualification points will be available from tournaments staged anywhere in the world played in the same week as these events in 2017 and 2018.

Outside the specific changes to the qualification for the 2018 team, the Tournament Committee upheld the current general stipulation that a player must be a European Tour member to be eligible to play for Europe in the biennial contest against the United States.

Bjørn said: “I am delighted that these regulations have been passed  I believethey  will considerably benefit the European Ryder Cup team in 2018 without compromising the strength or importance of the European Tour.

“In my role as chairman of the Tournament Committee for the past ten years and now as Ryder Cup Captain, I fully appreciate the need to balance both of these essential elements, and I think we have managed to do that.

“Part of the reason for my appointment last month was to, as soon as possible, begin the process required to regain The Ryder Cup at Le Golf National in 2018, and these changes are the first step on that journey. Hopefully they will help me have the 12 best European players available in 20 months’ time.”