Golf Has Been Taken to the Edge by the Governing Bodies

Sunday’s mind-boggling rules debacle at Oakmont, which has sadly overshadowed the 116th U.S. Open Championship and the brilliant triumph of Dustin Johnson, is just the latest in a litany of misdemeanours (to coin an American phrase) that the USGA has committed in recent years.

Last year’s championship was marred by a course taken over the edge that required small dots to mark where the greens actually started and finished, but the most egregious offence of Chambers Bay was the lack of viewing access for spectators, who were blocked out by the overblown mounds and elevations that framed the holes. Those paying customers saw as little of the golf as was possible. And it was incumbent on the players, who produced a thrilling finish, to rescue the USGA from itself and retrieve some level of respectability for America’s national title.

Controversy has sadly become a regular event with the U.S. Open. We only have to reflect back to just over a decade ago for other examples of ineptitude on the part of the body charged with preserving and protecting the game in the United States and Mexico, who almost without fail become the headline makers on the Monday after the championship. They are the story again.

Players struggled to reach the fairway with driver in hand on Bethpage Black’s tenth hole during the 2002 edition won by Tiger Woods, while two years later at Shinnecock Hills, the final day descended into complete farce as the organisers had quite literally lost control of several greens on the course, which had become unplayable after a spell of dry and windy weather. That was a low even for them. 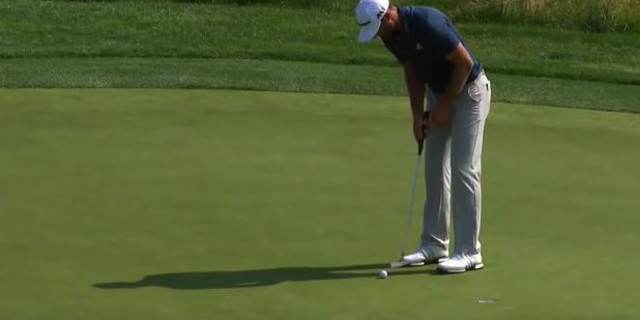 But let’s take a quick glance at this weekend’s incident, which drove one of the game’s four most important championships into a state of complete befuddlement at its defining hour. Players in contention were left unsure of their position on the leaderboard, while fans and broadcasters were left equally confused. The USGA’s executive director Mike Davis has since confessed that the manner in which they addressed the issue was problematic, and that procedures will be looked at, but the rule in question (18-2) is equally as troubling.

It outlines as follows: “If the weight of the evidence indicates that it is more likely than not that the player caused the ball to move, even though that conclusion is not free from doubt, the player incurs a one-stroke penalty under Rule 18-2 and the ball must be replaced. Otherwise, the player incurs no penalty and the ball is played as it lies unless some other rule applies (e.g. Re 18-1).”

The USGA, despite Dustin Johnson and Lee Westwood’s initial statements to the contrary, deemed that it was more likely than not that the eventual champion had caused the ball to move. This is a dangerously subjective ruling that has further clouded an already murky question. Romain Wattel of France had found himself mired in a similar debate earlier in the day, but was reprieved after it was deemed that the ball took five seconds to move after he addressed it.

This appears to be a needlessly complicated law that is destined to be further inconsistently implemented, until it is replaced with a simplified, black-and-white definition. As a quick suggestion from a layman, why not allow the ball to be replaced without penalty if there was no obvious intent from the player, like is already the case on the tee? That already sounds like a far more digestible solution for everyone going forward. 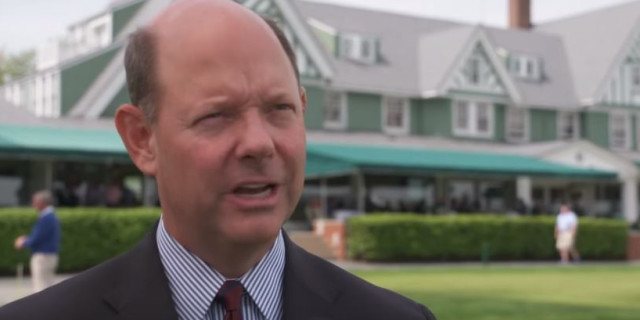 However, the rules and the manner of their implementation is one thing, but the issue ultimately comes back to something more philosophical for golf to confront. This whole sorry episode would not have occurred had the USGA (alongside their partners in crime the R&A) diligently and effectively conducted their vital role as custodians of the sport. On their watch, the wheels have fallen off the game. Quite frankly, they have failed to protect it.

The saga we witnessed on Sunday was a symptom of that lack of competence. Despite what was outlined in an offensively misleading report on driving distance on the professional tours, the leading players are hitting the ball further than ever before due to equipment that has gone unchecked, with the consequences of that oversight being this nonsense of fast greens, unplayable thick rough and Mickey Mouse pin positions that we are frequently subjected to during major championships.

When Jack Nicklaus, the game’s most prolific major champion, claimed his first Grand Slam title in 1962 at Oakmont, things were much different. The 76-year-old golfing legend recently stated in an interview with Golf Digest that the greens were running at approximately eight on the stimpmeter throughout his battle with Arnold Palmer. Fast forward five decades, to this year’s championship at the revered Pennsylvania course, those same surfaces were edging towards 15 during the final round.

There is no friction between the golf balls and greens, and that is why they are now far more susceptible to involuntary movement without an obvious instigator. The slightest zephyr of wind, or the smallest indentation on the surface, can now bring the game to its knees when gravity takes over. Golf has been taken to the edge. And it only takes the deftest of nudges to push it into farce. 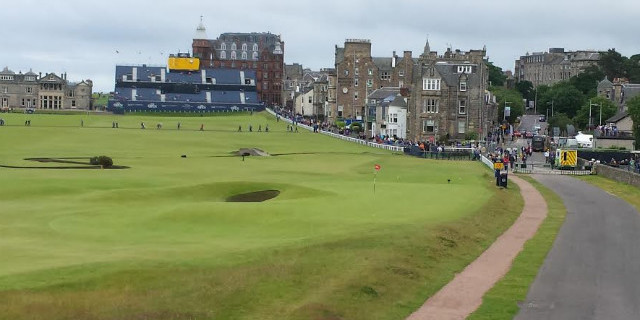 Such was the case at last July’s Open Championship at St. Andrews, which was suspended – just like the 2010 edition – due to “strong” winds causing the balls to move on the most exposed surfaces, including the famous 11th that has shamefully seen parts of its historic undulations reduced. This had nothing to do with the breeze that day, which should be the natural defence of a links course, but rather the ridiculous speed at which those huge double greens were running at.

This is becoming a regular occurrence, and it will continue to be in the future, while the USGA and R&A bury their heads in the sand over the progression of equipment that has stretched the game beyond its limits. What makes the whole situation of public denials and public deflections even more galling, is the fact that they are constantly altering courses and setups to accommodate the technology that apparently has an overstated impact. They say one thing, and react to another.

In 2015 on the PGA Tour, 26 players averaged more than 300 yards off the tee. Two decades ago, no professionals had reached that number, while at the turn of the century, John Daly was the only golfer setting that benchmark. Dustin Johnson, the imperious talent that he is, effectively reduced Oakmont to a drive and wedge course. The speed of the greens is all that the governing bodies have left to control their treasured par, and now they’re beginning to lose grip on it.

If the ball really isn’t travelling any further these days, then why exactly are the courses getting longer? Next year’s U.S. Open is to be played at a venue, Erin Hills, which can be stretched to approximately 8,000 yards and will feature a par five that could play at more than 700 yards during the championship. We’ve just seen a 300-yard par three. Where does it end?

Take the Old Course, the game’s most important monument, as the gravest example. Since the long-hitting Daly secured the Claret Jug on the legendary course in 1995, the yardage has been increased significantly, with some of the championship tees now to be found quite literally out of bounds. What is this madness? If it wasn’t quite so depressingly infuriating, it would be laughable.

The USGA and R&A have allowed the game to be taken to the edge. That is unforgivable and we are now seeing the repercussions of it. Golf needs and deserves so much better.