The transformation of one of Scotland’s finest golf resorts has been recognised at the hospitality industry’s national awards ceremony. Following an extensive four-year renovation programme, Meldrum House Country Hotel was named AA Hotel of the Year for Scotland at the glittering AA Hospitality Awards held in London.

The resort, which has an 18-hole championship course and world-class golf academy, has already recorded an impressive year with a four-fold increase in year-on-year golf bookings as well as a string of local awards to its name, including the restaurant and hotel of the year titles at the Aberdeen City and Shire Tourism Awards. Andy Burgess, chief executive at Meldrum House, has overseen the transformation of the hotel into one of Scotland’s premier golfing venues.

“To receive recognition from such a prestigious national award is a huge testament to both our hotel owners, who have provided the foresight, vision and financial support to make our success possible; and to general manager Peter Walker and his team on the ground whose energy, dedication and enthusiasm for delivering our vision has been outstanding,” he said. ”Meldrum house is a very special place made all the more special by the team that makes it happen. This award recognises the remarkable efforts of everyone involved at Meldrum House.”

The work carried out at the hotel includes the development of a stylish wing of contemporary bedrooms and a multi-purpose conference facility. The resort has also invested in a state-of-the-art green-keeping centre and improvements to drainage and conditioning on the Knight’s Course. “The renovation work is part of a long-term project to establish Meldrum House as a premier golf resort in the heart of the Aberdeenshire countryside,” Burgess continued. “While many of the changes have taken place in the hotel, we equally recognise the importance of making improvements to the golf course and the facilities that surround it. For that reason, this award recognises the work done so far. There is still plenty to do as we continue to raise standards across the board.”

With its hand-cut greens and cross-cut fairways, the Knight’s Course at Meldrum House is one of only a few resort courses in Scotland measuring more than 7,000 yards. Ongoing course improvements are echoed in plans for the hotel which include extending the property with 40 new rooms, a new restaurant and an impressive ballroom.

Winners of the AA Hospitality Awards are selected in recognition of excellence and success within their chosen category, having shown a significant improvement in the preceding 12-18 months and proving their dedication to raising industry standards. From top hotels and restaurants to the best of British pubs, the AA Hospitality Awards celebrate everything that is great in British hospitality. All the winners will appear in the latest edition of the 2015 AA Hotel, Restaurant and Pub Guides which were launched at the event. 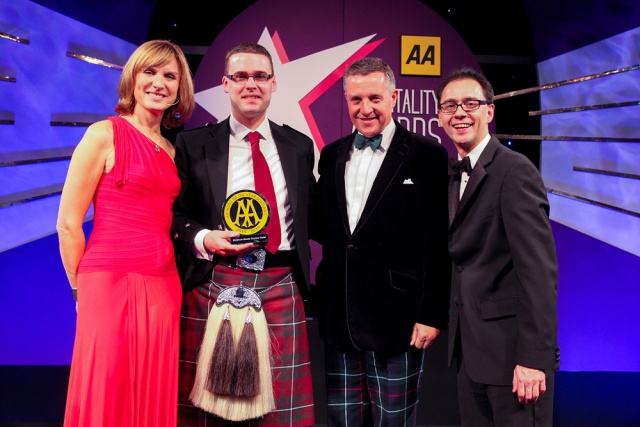 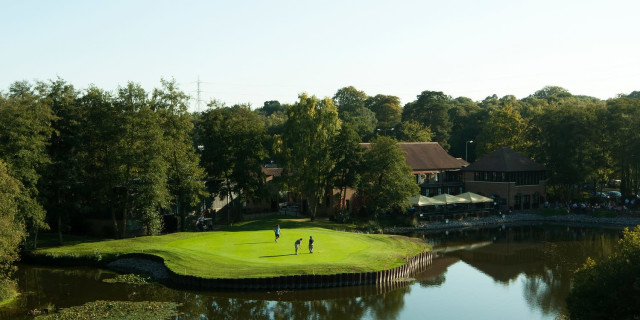 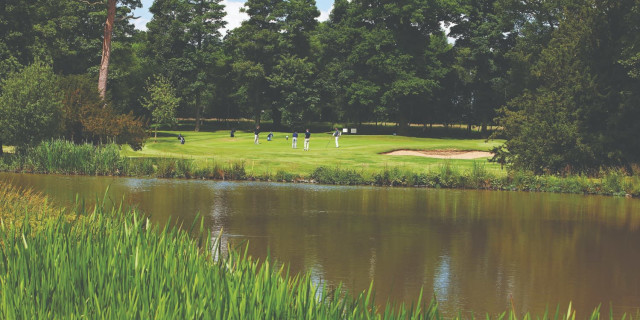