Sir Terry Matthews had a dream. He wanted to create a stunning golf course in his native Wales. A self-made billionaire, he made his fortune abroad but his heart was always back home and he wanted to leave a legacy.

The good news is that Matthews is a keen and passionate golfer and he wanted that legacy to take the form of a golf course that would become one of the best in the world. He also wanted it to host the Ryder Cup, so that a global TV audience could see what the area had to offer. 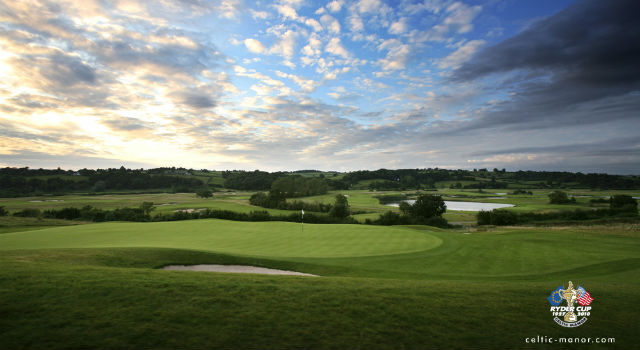 And so Celtic Manor was born. His company, Celtic Inns Ltd, bought what was a derelict manor house in 1980 – he had been born there when it served as a maternity home, so it held an extra special place in his heart. Matthews poured £150m into the place, creating the magnificent Twenty Ten course. And sure enough, he submitted a successful bid to host the 2010 Ryder Cup.

Colin Montgomerie captained Europe to a famous victory in the most miserable weather, but the course stood up to the test remarkably well, and all the players absolutely loved it. It measures a formidable 7,493 yards and is a par 71.

Suddenly, Celtic Manor was on the map.

Here are 10 reasons why we think you should head to Wales and play this venue.

It cannot possibly be as bad as it was for the 2010 Ryder Cup, when the rain poured down and threatened to wash players and spectators alike off the face of the earth.

It is a fabulous parkland golf course, with plenty of stunning holes and spectacular scenery. With water hazards on nine holes, the course has six signature holes and a host of risk-and-reward challenges. The early holes have a links feel, before opening up into a formidable lake-lined challenge. And you can drop a ball beside the 18th green and hit the chip that Hunter Mahan duffed in his seminal match with Graeme McDowell. We guarantee you will make a better fist of it than the unfortunate Mahan did

Everybody will want to play the Twenty Ten course, but you might actually get more enjoyment from Roman Road, which was the first course to be opened at Celtic Manor. Designed by Robert Trent Jones Jr, it hosted the 2015 Wales Senior Open

There is a third course on the site, The Montgomerie. Designed by Colin Montgomerie, it is a challenging par 69 that features plenty of deep pot bunkers that must be avoided at all costs

The course is spectacular enough, but you need to take some time to take in the grounds. Celtic Manor is located in more 2,000 acres of glorious countryside. And don't believe anybody who tells you that it is difficult to get to – it is just off the M4

Celtic Manor has a luxury 330-room hotel, a manor house with a further 70 rooms, the 148-room Codra Court and a country pub with a further six bedrooms

If you choose to visit Celtic Manor, you can forget about that diet you were planning to start. There is a choice of eight restaurants that includes the fine-dining Epicure, Steak on Six, Cen with MasterChef finalist Larkin Cen, and the Newbridge on Usk. The resort has won more awards than you can shake a stick at – six times in seven years it was voted the UK's top hotel

If you get fed up with the real thing, why not try a round of Footgolf at the nine-hole Caerlon Golf Club for just £5?

At the end of a tough day on the Twenty Ten, you and your party can head to one of Celtic Manor's two award-winning spas.

10. It is a fantastic place for families

Other activities on offer include archery, laser combat and forest jumping, where you can swing through the trees on ropes.

Celtic Manor is highly recommended on Golfshake with over 700 independent ratings. For the latest golf deals and packages visit Golfbreaks.com