The Masters is pencilled firmly into all golfers’ diaries as we eagerly await the start of what is arguably the most popular major of them all. There’s just something about Augusta. The course is incredible; for some it symbolises the start of their golfing season and more importantly, it has produced some unforgettable moments over the years. Here’s my top 10 memorable moments. 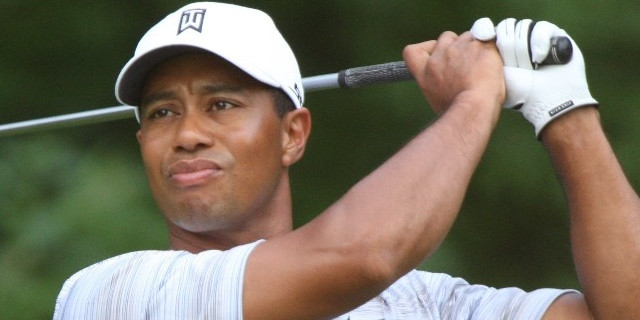 After winning the last three majors of the 2000 season in the U.S. Open, the Open Championship and the USPGA Championship, Tiger went on to complete the “Grand Slam” of golf by securing the 2001 Masters at just 26 years old. An achievement like this hadn’t been seen since the days of Nicklaus, Player and Hogan.

Despite a final round of 67 from fellow American David Duval, Woods managed to see out the tournament and complete the grand slam by playing some amazing shots like this along the way. 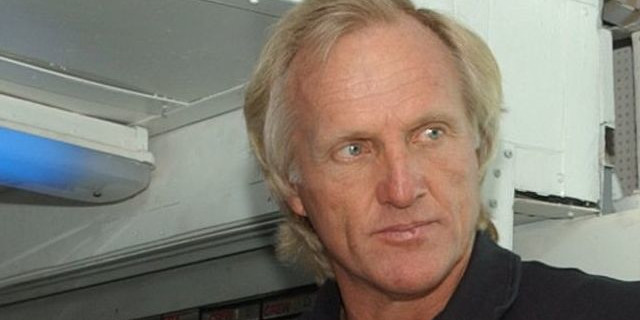 Nick Faldo started the 1996 Masters a huge six strokes behind the leader Greg Norman but for the second time the Aussie had a Masters to forget. What would seem like a simple defence of a large lead, turned into the stuff of nightmares for Norman. Faldo put in a late charge, which when mixed with Norman’s collapse resulted in the Englishman to pick up his third green jacket.

Louis Oosthuizen became the first person to record an albatross on the 575-yard par 5 second hole and kick-started his final round charge that came up just short of the eventual winner Bubba Watson in 2012. The South African selected a 4-iron from 253 yards and after rolling across the green for what seemed like an eternity, the ball eventually dropped.

Phil Mickelson produced one of the most memorable yet campest celebrations the 18th green at Augusta has ever seen when he holed his 18ft putt for birdie putt to pick up his first major championship victory. The American had been going head to head with Ernie Els for most of the round and with a lead on the final hole this birdie secured the victory.

After leading the 1988 Masters through rounds two and three, Sandy Lyle seemed the most likely candidate to pick up the green jacket. However, after finding the water on the 12th, Lyle’s chances looked slim. He did manage to claw it back and tie with Mark Calcavecchia as they headed down the last but saw his tee shot find a bunker.

What followed was quite incredible. The Scotsman pulled off an almost impossible shot as he managed to clear the daunting front lip with his 7-iron and saw his ball come to rest within 6ft of the hole. He then holed the putt to win the tournament.

Jack Nicklaus is for some the greatest golfer there has ever been and currently holds the record for the number of major championship wins with 18. It is the 18th one that makes this list as it gave us one of the most famous celebrations in the history of the Masters on the 17th green. Every golf fan can recognise the famous image of Nicklaus raising his putter as the ball fell into the hole.

Larry Mize found himself in play off between Greg Norman, Seve Ballesteros and himself in the 1987 Masters and won it in spectacular fashion. After Seve was eliminated after the first playoff hole, Mize was left to battle it out with the Shark. Norman left himself a long birdie putt on the 11th hole while Mize had a 140ft chip shot in front of him. Amazingly, Mize managed to hole the chip and pick up his only major victory.

3. Mickelson from the trees

On the 13th hole in the 2010 Masters, Mickelson drove his ball into the woody area full of pine straw while battling it out with England’s Lee Westwood. With a giant tree trunk in front, most golfers would choose to chip out and take the punishment but not Phil. Mickelson instead hit a draw around the tree and somehow got the ball to land softly on the green after it cleared the water.

The 2012 Masters had one of the most exciting finishes to a major in recent times after Bubba Watson and Louis Oosthuizen went head to head. After Oosthuizen had pulled off that miraculous albatross at the 2nd earlier on in the day, Bubba took his turn at hitting a quite incredible shot.

After finding the trees, Watson’s approach shot needed at least 40 yards of left to right hook on it and at this point most people assumed the American was down and out, but not Bubba. Instead he pulled off one of the greatest shots in Masters history as his ball found the green. He then holed the putt to pick up his first green jacket.

If you ask anybody what their favourite shot from a Masters championship is, nine times out of ten they will reply with “when Tiger chipped in on 16 in 2005.” You hear in the commentary how it is one of the toughest chip shots on the entire course and how basically nobody had put it close. What followed next was truly incredible.

Tiger hit the ball up and across the slope with a little spin to kill it. The ball then slowly comes to rest on the edge of the hole before dropping in seconds later. Queue a massive roar from the crowd, the commentator and Tiger. It’s a shot I could watch over and over again.

The Enforced Break Is Timely For Some Tour Professionals

How Coronavirus is Affecting the World of Golf