The Long Drivers European Tour is the only circuit of its kind in the world, and it returns for a third season in 2015. The game’s biggest hitters will compete in events across Europe this year, with two-time champion Joe Miller looking to secure a third consecutive Long Driving title.

It won’t be easy for the Brit, however, with an influx of new talent spearheaded by the Spaniard; Adrian Sanchez. He will be joined by the likes of Scotland’s John McSloy, England’s Scott Beaven and Dewald Lubbe of South Africa, who will provide fierce completion in the months ahead. 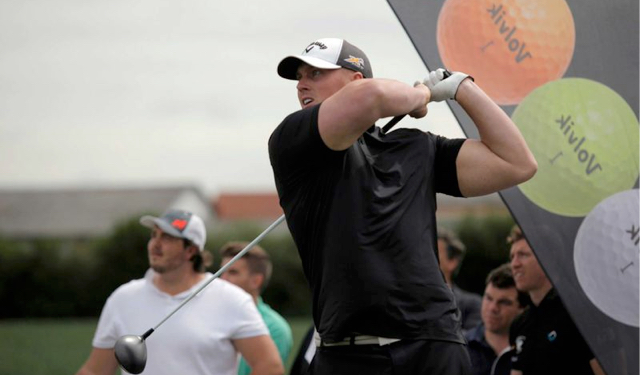 The Tour will return to Sweden for the inaugural event of the new season, in April, with the Netherlands and Estonia becoming LDET destinations for the very first time this year. The nine tournaments on the schedule have their own scenarios, with the final event – The Masters LDET Cup – being contested outside of Europe at a yet to be disclosed location.

Exciting times for the LDET, which also offers competition for Amateur, Junior and Women during the coming season.

Bro Hof Slott Golf Club, rated as one of the finest courses in Europe, will be the venue for the first event on the calendar in April. A real coup for the LDET, the course is just a 20 minute drive from Stockholm, and is sure to open the season in terrific fashion.

Three weeks later, the LDET will make its debut at the EstoniaN Golf & Country Club. Along with a date in Amsterdam, Estonia is one of two new countries added to the circuit, illustrating the growing popularity of the Tour across Europe.

Slovenia, Belgium, Italy, Spain and France all remain part of the Tour, with the Belgian event at Mont Garni also featuring simultaneous contests for golfers, including nearest the pin and putting competitions. All of this will unquestionably make for an enjoyable weekend for those in attendance.

The Spanish event at Mijas returns for the third straight year, and will feature an exciting new knockout competition for amateur and professional players. The Costs del Sol has been a hotbed for the LDET, and that partnership looks only set to continue in the future.

Much intrigue surrounds the climatic Masters event at the end of the year, with a date and venue yet to be revealed. But it seems likely that the final leg of the Tour will depart from continental Europe, with Xavier Eusebio, CEO and founder of the LDET, stating that: “This tournament will be the bombshell and we’ll announce it very soon.”