Rory roars back to life

Rory McIlroy will go into The Masters with his confidence high after an outstanding final round at the Shell Houston Open.
The Northern Irishman had dropped out of contention with a 74 on Saturday, but with the pressure off he played some of his best golf in the final round, with a bogey-free 65 before setting off for Augusta later in the day. 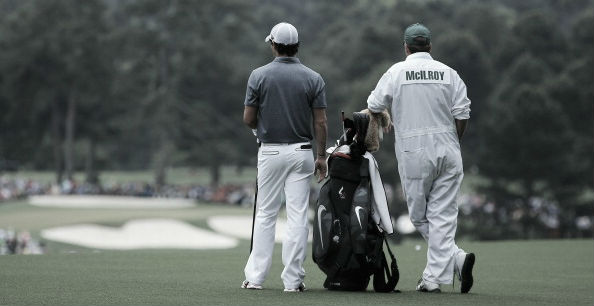 McIlroy lit up the course with a round which matched the best of the weekend.

“It was a good way to end the week, obviously,” he said. “I wanted to shoot something in the 60s at least today to give me some positive vibes going into Augusta. I played really well, played really solid from tee-to-green again.

“I holed the putts that I felt I should hole and just kept the ball in play all day. Every time I hit it pretty close, within 10 feet, I holed the putt. It was great to see a few putts like that drop. It’s a nice bit of confidence going into next week.”

Saturday’s 74 had left McIlroy down in 37th place, and although he did enough to climb back into a tie for seventh, his attention had already switched to the Masters.

“I’m happy with how this week went, even though I didn’t quite do what I wanted to do in terms of getting in contention,” he said. “But I sort of made up for it today. I couldn’t be in a better mood getting on the plane and heading over (to Augusta) tonight.”

Phil Mickelson also came through unscathed, declaring himself fit after a recent pulled muscle.However, the three-time Masters winner, who finished in a tie for 12th, admitted his confidence is not where it might be given recent results.

“I’m a little nervous heading into next week,” he said. “I haven’t had the results, I haven’t been in contention, I haven’t won this year, so I’m certainly nervous about my chances, but it’s my favourite week of the year.”

Lee Westwood had a 69 to finish on six under, while Luke Donald had a fourth successive 71.