5 top challengers for the 2014 Masters

DUSTIN JOHNSON - The American has worked hard on his short game, and it is already paying off. Unless you 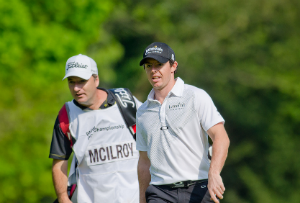 can chip and putt like an angel, you will have no chance at Augusta. Johnson has the game to bring the course to its knees

HARRIS ENGLISH- Everybody is talking about Jordan Spieth, but English is the one who has the better temperament. He is a certainty to make the Ryder Cup team, hit the ball long and straight, and has a wonderful short game. In other words, he is made for The Masters
RORY McILROY - The Northern Irishman feels that Augusta owes him one after his meltdown in 2011. After his disastrous 2013 season, McIlroy is just about back to his brilliant best, and can confirm that by winning his third major. Much depends on his putting, but there would be no more popular winner
CHARL SCHWARTZEL - The South African is a former winner who has been going quietly about his business in recent months. He is a really impressive player, with a beautiful golf swing and an ability to shrug it off when things go against him
JASON DAY - Until his extraordinary victory in the WGC Accenture World Matchplay, Day had only one victory to his name, but he reserves his best for the big occasion. He finished second at Augusta in 2011 and was third last season. With his confidence sky-high, the Australian will fancy his chances of landing a first major - if he can overcome his troublesome thumb injury
Image credit - Kevin Diss / www.kevindiss.com