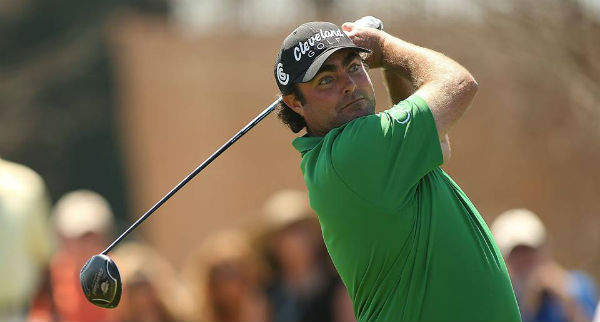 ANOTHER tournament, another winner that nobody could possibly have predicted. As this astonishing, wildly unpredictable season continues to unfold, the only real surprise is that we should be surprised to see another unknown PGA Tour golfer in the winners' circle.

Henley, Reed, Senden, Stadler, Walker, Every and to that list we can now add Steven Bowditch of Australia.
Despite a final round of 76 the man with the scary eyebrows finished on top of the pile at the Valero Texas Open – and let's take nothing away from his achievement. Conditions at TPC San Antonio on a difficult golf course were pretty brutal.
Bowditch finished with a four-round total of 280, eight under par, to see off Will McKenzie and Daniel Summerhays by one shot on a day when the field averaged 73.8. His final round was the highest by a winner since Vijay Singh at the 2004 PGA Championship at Whistling Straits. The field average was 73.8 on a windy day at TPC San Antonio.

“I was able to stay pretty positive, to be honest,” Bowditch said. “After a period of time out there, with the way I was playing, I kind of just accepted the fact that I was going to be playing from cactuses, moving rocks, missing putts and just had to deal with it every time. It happened so frequently that it never really surprised me. I was just lucky enough that the wind was up enough today that no one else could squeeze in there and shoot a good score.”

Bowditch started the final round with a three-shot lead over Matt Kuchar and Andrew Loupe, but was three over on the first four holes and made the turn in 3-over 39 to fall into a tie for the lead with Kuchar. At that point, nobody gave much for his chances.

Surely Kuchar would set the record straight for the established brigade and go on to record his first win of the season.
That's not how it turned out. Kuchar had bogeys on three of the back nine’s first five holes, and shot 39 on the back nine. In the end, he and Loupe tied for fourth at six under after both shooting 75 .

Bowditch’s lead was down to one shot after a bogey at the par-three 13th, but he birdied the next hole thanks to a wonderful pitch to regain a two-shot lead.

It was all good news for Bowditch, who climbed from 155th to 26th in the FedExCup.. He also earned his first Masters invitation; the Aussie will make his Masters debut, and he was greeted as he came of the 18th green by three fellow Aussies - John Senden, Aaron Baddeley and Scott Gardiner. And, of course, another Australian, Adam Scott, will be defending his title at Augusta, while another, Jason Day, will be among the favourite to win the Green Jacket.

Bowditch switched putters after the first round, but said that is something he does on an almost weekly basis.

“After I played well on Thursday, with my ball-striking, I thought, ‘Hang on a moment, I might be able to get in contention this week with the way I was hitting the ball.’ I just wanted to go back to a putter that I was completely comfortable with,” he said.

The change worked, and it helped alter his life. He now has an exemption until the end of 2016 and he pocketed a huge cheque. For Bowditch, life could not be better.

Phil Mickelson a serious doubt for the Masters