The strong 24-man field has won more than 120 tournaments between them and is also the most international field ever to be assembled in the Volvo World Matchplay with 15 different countries represented from five different continents.
Spain’s Gonzalo Fernández-Castaño and England’s Jamie Donaldson have the honour of opening proceedings at 12.05pm in the first match of the session. One of tomorrow’s feature matches is undoubtedly defending Champion Nicolas Colsaerts taking on the talented young South African, Branden Grace, at 12.50pm. With two Volvo titles apiece, no-one knows quite what to expect.
The 2011 Champion Ian Poulter is in action against the talented Thai star, Thongchai Jaidee, in the penultimate match with World Number eight, Graeme McDowell, up against the Qatar Masters Champion, Chris Wood, in the final match of the day, teeing off at 1.50pm. 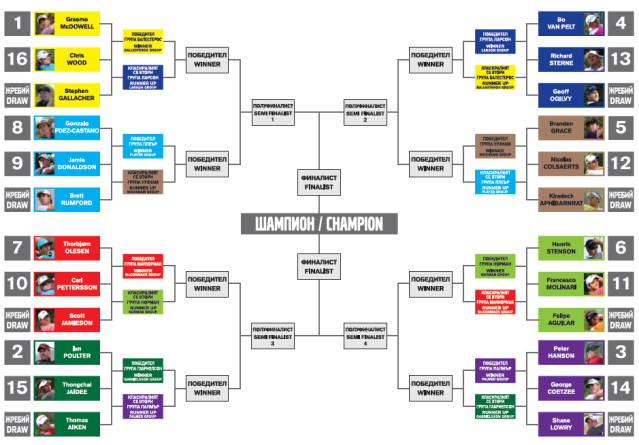