Callaway Golf have announced the signing of Ryo Ishikawa to a multi-year contract. Ishikawa, a ten-time winner on the Japanese Tour by the age of 21, joins Callaway as a full staff professional and to play the Company’s cutting-edge equipment, including its new RAZR Fit Xtreme Driver and the Odyssey putters Ishikawa has relied on 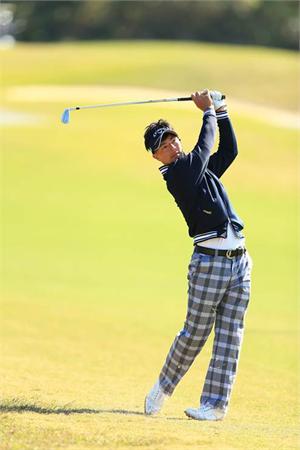 throughout his career, including nine of his professional victories. Beyond the equipment, the Saitama, native will wear Callaway-branded apparel, caps, gloves and footwear. Terms of the contract will not be disclosed.

“I am very happy to join the Callaway team,”said Ryo Ishikawa. “I believe the wonderful innovation and support Callaway gives to its many great staff players with help me grow as I compete on the PGA Tour this year.”

In May of 2007, when Ishikawa was just 15 years and eight months old, he became the youngest golfer to win a men's tournament on the Japan Golf Tour, winning the Munsingwear Open KSB Cup. Since then his rise to golf stardom in has been swift and steady. Ishikawa turned professional in 2008 and by the end of that season, he became the youngest player to break into the top 100 of the Official World Golf Rankings. He went on to dominate the 2009 season in . With four wins on Tour, he was showered with accolades, including the leading money winner on Tour and the Japan GTO MVP. In September of that year, Ishikawa became the youngest golfer to ever reach the top 50 on the Official World Golf Rankings.

“Ryo is an exciting, young international talent who has proven he can compete and win at the highest level,” said Chip Brewer, President and Chief Executive Office, Callaway Golf. “And not only is he an accomplished golfer, Ryo is an extraordinary and generous young man. We are proud that he has chosen our products for their exceptional performance, and we are excited to welcome Ryo to Team Callaway.”

Ishikawa played several events on the PGA TOUR for the first time in 2009. He caught the attention of the American golfing community at the 2010 U.S. Open, where his pink attire and low scores piqued interest in the Japanese phenom. His best major performance came at The Masters in 2011, where he finished T20. Further endearing him to the golfing public across the globe, Ishikawa announced in March 2011 that he would donate his 2011 tour earnings – plus an additional 100,000 yen for every birdie he made – to the earthquake relief efforts.

Ryo Ishikawa officially became a member of the PGA TOUR in March 2012. His first event in 2013 as a Callaway staff professional will be the Humana Challenge in La Quinta, , followed by the Farmers Insurance Open in