Tom Watson concerned by Olympic 'dilution' of the Majors

With the major tours taking a pause, thoughts are turning towards the future of golf, one major change for golf is its inclusion in the Rio Olympics. Tom Watson this week expressed his concern at what he thinks will be a ‘dilution’ of the 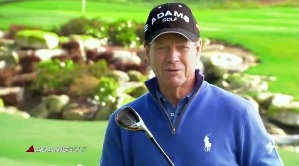 majors by the Olympics. He said:

“I don’t want to pour cold water on it but I don’t think it should be in the Olympic Games,” Watson, 63, said. “I still think of Olympics as track and field and not golf, to be honest with you. We have our most important championships (the four majors). You have golf in the Olympics, you have diluted the importance, in a sense, of the four major championships.”

He was also asked about the proposed anchoring ban which will come into force in time for the Rio Olympics. He said he had “mixed emotions” And went on to comment:

“That’s not a stroke but it makes it easier to play,” he told reporters. “My son Michael, with a conventional putting stroke, he couldn’t make it from 2 feet, but he went to a belly putter and he makes everything. The game is fun for him now, so there lies the danger. Do we take the ability for people to have fun away?”

Read our feature article on the Olympics; For or Against – Click Here