There was added excitement for Titleist golf ball loyalists competing this week at the DP World Tour Championship, Dubai, as official seeding of the New Titleist Pro V1 and Pro V1x prototype golf balls began. Having entered the winners’ circle in the hands of Pro V1x loyalist Luke Donald and Titleist Brand Ambassador Adam Scott last week, there was great 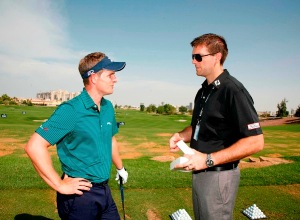 anticipation as the ‘white box’ prototype golf balls were seeded in players lockers.

The DP World Tour Championship, Dubai, marks the first week of seeding for a full field, as the leading 60 players on the 2012 Race to Dubai compete for their share of the US$3,750,000 bonus fund. Among other Titleist golf ball loyalists to receive ‘white box’ samples were Ian Poulter, Louis Oosthuizen, and Michael Hoey.

To stay up to date on all the latest Titleist news and the Tour Seeding of the New Titleist Pro V1 and Pro V1x prototype golf balls, sign up to Team Titleist here