The World's best set to return to Abu Dhabi in 2013

The first major event in the global golf calendar, the Championship is organised by Abu Dhabi Tourism & Culture Authority (TCA Abu Dhabi), which says the 2013 event will be characterised by star players and depth of field.

“We are currently talking to many headline players from the upper echelons of the world rankings and these giants of the game will complement up-and-coming young blood with a point to prove as well as tried-and-tested professionals eyeing the Falcon Trophy as a springboard for the season ahead,” said Faisal Al Sheikh, Events Manager, TCA Abu Dhabi. “We will announce the first confirmations in what will be a star-studded player line-up over the coming months.”

With the Championship remaining at its traditional Abu Dhabi Golf Club home, HSBC, the event’s headline sponsor, says plans are afoot to build on its highly successful Championship Village, which this year welcomed more than 80,000 spectators.

“There is absolutely no doubt that this year’s renewal of the tournament set a new standard for what this event can achieve and we look forward to building on this success in 2013 by staging an even better experience for players, fans, media and guests,” explained Giles Morgan, HSBC Group Head of Sponsorship and Events.

Meanwhile, the Championship organisers have launched a series of attractive visitor packages which are now available via Golf In Abu Dhabi – www.golfinabudhabi.com. The packages include Championship tickets and incentivise visitors to extend their stay and play Abu Dhabi’s diverse golf courses. Basic stay-watch-and-play packages, excluding flights, span a five night/three rounds of golf and a seven-night/five rounds of golf options starting at US $1,205 and US $1,625 respectively.  Packages include Championship season passes, airport and hotel-Abu Dhabi Golf Club transfers.

For more information on packages or to book, visit: www.golfinabudhabi.com 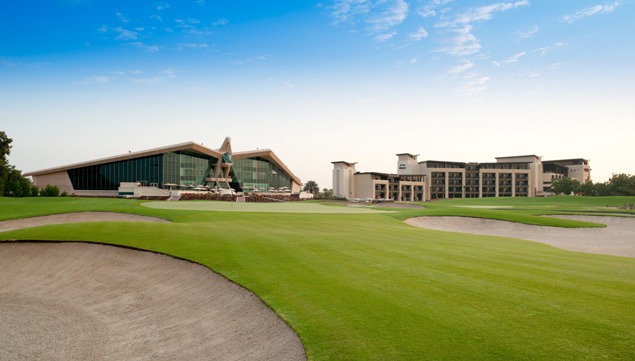