LIV Golf has announced its first US TV broadcast and streaming deal, signing a multi-year partnership with The CW Network, which shall air all 14 scheduled events this year and stream the action live on The CW App.

“This is a momentous day for LIV Golf as this partnership is about more than just media rights. The CW will provide accessibility for our fans and maximum exposure for our athletes and partners as their reach includes more than 120 million households across the United States,” said Greg Norman, CEO & Commissioner of LIV Golf. “We’re very proud to note how consequential it is that a league that has only existed for one year has secured a full broadcast deal in its debut full league season.”

“The CW and its majority owner, Nexstar Media Group, recognise the enormous interest in and potential of our league and with their support, more fans will experience the energy and innovative competition that LIV Golf is using to reinvigorate the sport. The CW is a world-class media partner, and we are honored to be joining forces to further bring LIV Golf to life as they stake their claim in professional sports.”

“Our new partnership between The CW and LIV Golf will deliver a whole new audience and add to the growing worldwide excitement for the league. With CW’s broadcasts and streams, more fans across the country and around the globe can partake in the LIV Golf energy and view its innovative competition that has reimagined the sport for players, fans and the game of golf,” said Dennis Miller, President, The CW Network. “For The CW, our partnership with LIV Golf marks a significant milestone in our goal to re-engineer the network with quality, diversified programming for our viewers, advertisers and CW affiliates. This also marks the first time in The CW’s 17-year history that the network is the exclusive broadcast home for live mainstream sports.” 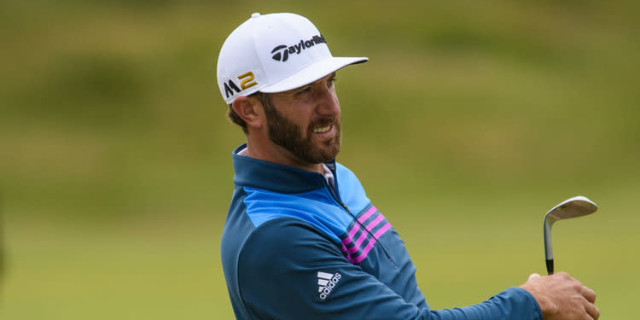 The CW’s acquisition of exclusive US broadcast rights to the LIV Golf League is part of a long-standing industry trend of entertainment networks adding live sports to their programming slates.

Weekend tournaments will air live on Saturdays and Sundays on The CW and The CW App and on Fridays on The CW App. With nearly 90 million downloads to date, The CW App, available for free to consumers on all major platforms, is the fully ad-supported exclusive home to the latest episodes and seasons of The CW’s primetime programming, live streaming of its sports content, and a library of entertaining film and television content for free on-demand viewing.

“Our new multi-year partnership with The CW will unlock our ability to serve both core golf fans and to reach the casual sports and entertainment viewer as part of our mission to grow the sport,” said Will Staeger, Chief Media Officer of LIV Golf. “Our innovative product attracts a younger viewership demographic to the table than the traditional golf fan, and we’re thrilled to be part of The CW’s growth into its new era of sports programming featuring the biggest stars in golf and our industry-leading storytelling and format.”

The LIV on-air announce team will see Arlo White leading play-by-play alongside analysts David Feherty and Jerry Foltz in the booth, and Dom Boulet, Su-Ann Heng, and Troy Mullins providing coverage on the course and in feature segments.

What LIV Golf Needs To Do, And What We Can Learn From It