The 10 Most Influential Golfers of All Time

This has been a momentous period for our sport with headlines dominated by the arrival of LIV Golf.

But there was some wonderful action on the fairways of the world last year, with Scottie Scheffler bursting upon the scene and Rory McIlroy battling his way back to the top of the world rankings.

McIlroy is a man who influences much of what happens in professional golf. And his resurgence got me thinking about the men I consider to be the 10 most influential golfers of all time.

Let me know if you think I have missed anybody... 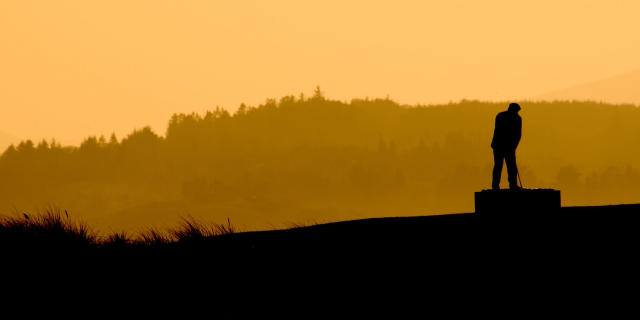 (Old Tom Morris is considered to be one of golf's most influential figures - Image Credit: Kevin Diss Photography)

Hagen was the man who dragged golf into the 20th century and ensured that professional golfers were no longer treated like second class citizens, and he did so with some degree of style. He enjoyed a champagne lifestyle and often headed to the first tee with little or no sleep from the night before. Hagen was a party animal but he was also one hell of a golfer.

Vardon was born in Jersey in 1870 and won The Open on a record six occasions. He also won the US Open for good measure. In his other two trips to the US Open he finished second and third. But it is for the Vardon Grip that he will be best remembered. Even now it is still the grip used by the vast majority of professional golfers.

Hogan nearly died in a car crash but this cussed American, who had been told he may never walk again, defied the doctors and came back arguably better than before. His golf swing was a thing of beauty and influenced many golfers. And still does. Nick Faldo idolised him. And he was not the only one.

The greatest amateur golfer the world has ever seen. He won the US Open four times, The Open three times and the US Amateur five times. His greatest year came in 1930 when he won the US Open, The Open, US Amateur and British Amateur. He retired from golf after that but in 1933 founded Augusta National and was the co-founder of The Masters. His legacy still lives on.

Palmer came along when golf needed him. He played the game with a swagger and panache. His philosophy was to hit the ball, go find it and hit it again. And his playing style quickly captured the imagination of golf fans all over the world. Arnie’s Army were probably the most enthusiastic golf fans the sport has ever seen. Palmer was known as The King - and he certainly was. And probably the most marketable golfer the world has ever seen.

You can argue until the cows come home about who is or was the greatest golfer of all time but the reality is that the Golden Bear won 18 majors - three more than anybody else. He also finished second 19 times. During his playing days his sole focus was on the majors. And he has been responsible for designing more than 400 golf courses.

Player was criticised for failing to take a stance against apartheid. On the other hand, he was never quoted as being a supporter of the old South African government. Player preferred to let his golf clubs do the talking as he built an wonderful rivalry with Arnold Palmer and Jack Nicklaus. They became known as The Big Three and they dominated the game during the 1960s and early 1970s. Player won an astonishing 160 golf tournaments, including 24 on the PGA Tour and 60 on the Sunshine Tour. He is also one of an elite group of golfing legends to have won all four of golf’s majors.

Woods changed the face of professional golf when he won The Masters in 1997. He broke a host of records and forced the PGA Tour to consider ’Tiger-proofing’ golf courses. He was the first man to spend hours in the gym as he strove to hit the ball further than anybody else - and his rivals all followed suit. He won 15 majors (so far) but his career has been marred by injuries and personal scandal. However, he brought a whole new audience to golf and has raised millions for charity.

Jacklin won The Open and the US Open and for a brief period was the best golfer in the world. But that’s not why he is on this list. He figures here because he was the man who was responsible for transforming the Ryder Cup. When approached to become captain of Europe, Jacklin laid down a series of conditions, not least being that the European Tour make peace with Seve Ballesteros. He also demanded first-class travel luxurious hotel accommodation, team rooms and vice-captains. He instilled a spirit that led to European dominance of the greatest team contest in golf.

Seve Ballesteros is arguably the greatest golfer Europe has ever produced. He was certainly the most exciting, possessing powers of recovery that most mere mortals could only dream of. But it was his influence on the Ryder Cup that really marked him out. He simply hated losing to the Americans and was able to raise his own game and the game of everybody around him when, every two years, 12 European golfers would start as underdogs and find a way to beat America.

9 Golfers Who Are Guaranteed to Make Headlines

Golfers Who Will Win Again in 2023

The Golfers You Should Be Watching in 2023

12 Golfers Who Should Have Won More