HIDEKI MATSUYAMA defends his title at the Sony Open this week, the first full-field tournament of 2023.

The field will also include Billy Horschel and Jordan Spieth. Horschel is coming off a season in which he won the Memorial and twice was a runner-up. At 36, he made his long-awaited first U.S. team as a professional, competing on the winning side at the Presidents Cup.

Tom Kim has already won this season, claiming the Shriners in some style back in September. He also performed well at the Zozo, CJ Cup and Tournament of Champions. The 20-year-old Korean only made 11 starts in 2021-22 but won the Wyndham and finished third at the Scottish Open, a tournament jointly sanctioned by the PGA and DP World Tours. Make no mistake, this young man is going to be a superstar.

Christiaan Bezuidenhout is another looking for his first victory on the PGA Tour. The South African is a hugely impressive ball striker who also possesses a glorious short game.

Twelve months ago, Matsuyama played one of the shots of the year at Waialae Country Club, hitting a three wood to three feet to set up a winning eagle against Russell Henley on the first hole of a playoff. It was his eighth PGA Tour victory, drawing him level with KJ Choi for most wins by an Asian-born player.

But that doesn’t tell the story. As he stood on the 10th tee, Matsuyama trailed Henley by five shots.

“I got on a roll,” said Matsuyama, who shot 31 on the back nine while Henley made eight pars and a bogey. “I'm glad it came out this way.”

This year they are playing for a first prize of $1.422m, a reflection of the extra cash now on offer. 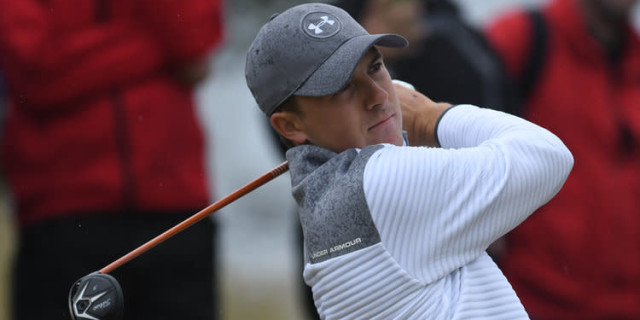 Tom Kim has made a sensational start to his career. He is only 20 but has already won twice on the PGA Tour. Quite apart from having a wonderful all-round game, he is a young man who plays the game with a smile on his face. And he is remarkably consistent.

Jordan Spieth. Back to his best

Tom Kim. Has not a single weakness

Chris Kirk. Now one of the most consistent players on tour

Cole Hammer. Many pundits still believe he has a big future