WITH the inaugural Hero Cup taking place in Abu Dhabi this week, it got your correspondent thinking about the Ryder Cup in Italy later this year.

Much has been made of the impact that LIV Golf defections will have on the event. Europe lost a captain when Henrik Stenson defected, as well as Paul Casey, Ian Poulter, Lee Westwood and Sergio Garcia, while the USA will miss Bryson DeChambeau, Brooks Koepka, Dustin Johnson and Patrick Reed for starters.

In truth, Westwood and Poulter probably wouldn’t have made Luke Donald’s team, and it is likely that Casey and Garcia would have struggled.

These golfers have served Europe well but are all now in the autumn of their careers. The 2023 Ryder Cup was always going to see a changing of the guard for Europe and that is not necessarily a bad thing.

It is worth looking at how things are shaping up for both teams. Remember that both Luke Donald and Zach Johnson have six captain’s picks but the current standings are interesting, to say the very least. 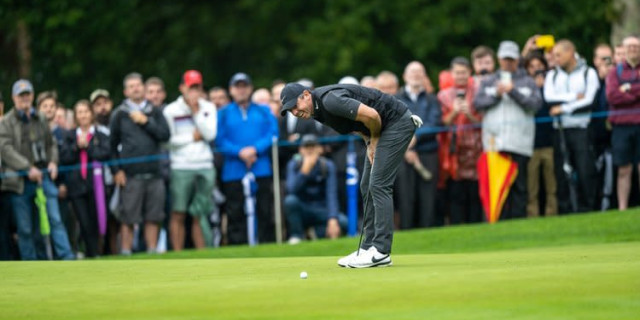 Let’s start off with the top 12 in the European standings.

Otaegui, who has played in four LIV events, currently occupies an automatic qualifying place thanks primarily to his victory in the Andalucia Masters at Valderrama. But, as things stand, he won’t be playing in Rome.

All of the above is without taking into account the claims of Victor Hovland (30th), Thomas Detry (32nd), Thomas Pieters (41st) and Ewen Ferguson (61st). And then there are American-based Sepp Straka and Seamus Power.

It is very early days in the qualification process. Rahm, McIlroy, Lowry, Fleetwood, Hatton, Fitzpatrick and Hovland are surely shoo-ins and it would be a huge boost if Migliozzi qualifies for a Ryder Cup on Italian soil.

The general perception is that LIV Golf will have a bigger impact on the American team. Hmmm….I am not so sure. Take a look at the standings….

Zach Johnson has already made it clear that no LIV Golf defectors will be playing for the USA. Somewhat bizarrely, Dustin Johnson still features on the USA team standings list (in fifth place) with another defector, Harold Varner III, in 11th place. We are going to assume that there will be no place in the team for Johnson and Varner.

It is highly unlikely that McCarthy, Kirk or Harman will be in Italy, but you can be sure that Jordan Spieth, Max Homa, Sam Burns and Tony Finau will be in the mix. So the bottom line is that this is going to be yet another very strong American team.