A STELLAR cast gathers at Wentworth this week for the BMW PGA Championship, with huge excitement surrounding the appearance of Northern Ireland’s Rory McIlroy.

McIlroy won the event in 2014 and finished second four years ago. Although he failed to add to his tally of four majors this season he produced a thrilling final round at Augusta in April to finished second at The Masters and came agonisingly close to winning the 150th Open Championship at St Andrews, where he eventually ended the week in third place.

He did, however, win the Canadian Open in some style for what was his 21st PGA Tour title before adding the Tour Championship and with it the FedEx Cup.

The BMW PGA Championship is the latest Rolex Series event of the year and McIlroy has an impressive record, finishing third at the Dubai Desert Classic and 12th at the Abu Dhabi HSBC Championship.

And he is relishing his return to Wentworth. He said: “I look forward to competing again at the BMW PGA Championship. It’s an event I always love playing - the West Course has been good to me in the past, and the fans are incredibly supportive.

“I’ve had a consistent year so far and having a chance to win again at the iconic Wentworth would help my season-long campaign.” 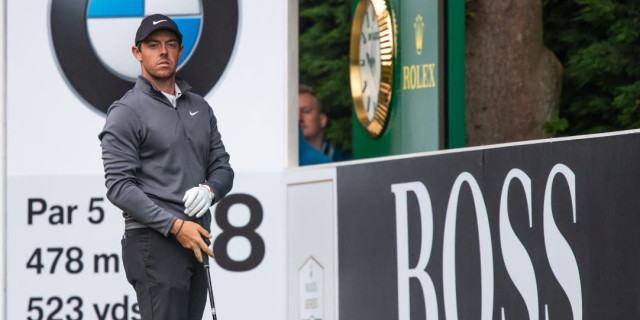 But perhaps the man they will all have to beat is Shane Lowry. Lowry, who in 2019 followed his maiden Rolex Series triumph at the Abu Dhabi HSBC Championship with an Open Championship victory at Royal Portrush later that year, was runner-up to McIlroy in 2014 and has finished no worse han a tie for 17th in his past five starts.

He has enjoyed one of the most consistent seasons of his career.

“The BMW PGA Championship is a tournament I look forward to playing every year,” said Lowry. “It’s a tournament that is steeped in history and is always one of the highlights of the season. I have come close on a couple of occasions at Wentworth and it’s a tournament I would really love to win.”

Spain’s Jon Rahm has a remarkable record on the DP World Tour, winning seven times. The 2021 US Open champion has had a poor season by his own remarkably high standards, with his only victory coming at the Mexico Championship. But he loves playing in Europe, and the West Course at Wentworth is made for him.

Desperately trying to recapture the form that took him to victory in The Open at Carnoustie in 2018 is Francesco Molinari. Prior to his triumph in The Open, Molinari kick-started a memorable run of form by claiming the BMW PGA Championship as he went on to become Italy’s first major champion. He also won twice on the PGA Tour in the space of 12 months.

The 39-year-old has a good record at Wentworth, with a runner-up result and four further top-10 finishes in his past nine starts.

Twelve months ago, Billy Horschel was overlooked by Steve Stricker for the US Ryder Cup team. He was bitterly disappointed not to make the side but instead of sitting at home and sulking, he flew across the Atlantic and showed the US what they were missing by winning at Wentworth.

He birdied the final hole after an approach shot that spun back to inside two feet, securing a closing 7-under 65 and a one-shot victory.

He became only the second American to win the DP World Tour’s flagship event after Arnold Palmer in 1975.

Afterwards, Horschel said: “It sucks not making the team. I didn’t play consistent enough, and well enough, after I won the Dell Technologies Match Play to warrant a pick or to get enough points to get an automatic selection.

One of the oddities of this tournament is that the field will include a host of golfers who have defected to LIV Golf, including Ian Poulter and Sergio Garcia, along with Americans such as Patrick Reed and Talor Gooch. It will be fascinating to see how they are received by both the crowds and their fellow players.

The West Course at Wentworth is a par 72 measuring 7,282 yards. It was originally designed by Harry Colt and radically remodelled by Ernie Els. It is a true parkland course with huge trees lining every hole. There are also some well-placed water hazards, none more so than the area guarding the 18th green.

Shane Lowry had a good season on the PGA Tour, missing out on the Tour Championship by one place. He was second at the Honda Classic, and tied third at The Masters and RBC Heritage and made 15 cuts in 18 starts. Rory McIlroy won the Canadian Open, CJ Cup, and Tour Championship, finished second at The Masters, third at The Open, fifth at the US Open and eighth at the US PGA. His consistency has been remarkable in 2022.

Shane Lowry. Due a win

Rory McIlroy. Will have a lot of support

Tyrrell Hatton. Only weakness is his temperament

Tommy Fleetwood. Coming back to his very best