Boasting a field that includes Rory McIlroy, Jon Rahm and US Open champion Matt Fitzpatrick, this year's BMW PGA Championship was already blockbuster enough. Throw in the added dynamic of the start of the European Ryder Cup qualification process AND the inclusion of 18 LIV Golf players and you have a powder keg of storylines just waiting to explode.

However, at the heart of it all is a prestigious title with a rich history. We have picked out a range of potential contenders this week at Wentworth.

Whatever happens from here, 2022 will go down as truly unforgettable for Fitzpatrick after his heroics at The Country Club in June. However, there is no reason why there can't be more highlights to look back on and Wentworth is a fine stage to create them, with a huge gallery set to frame this iconic stage. 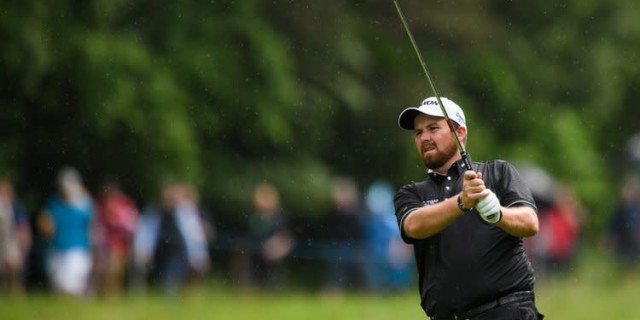 It has been a season of consistent golf for the Irishman - who finished second at the Honda Classic and third at both the Masters and RBC Heritage, but it has lacked that winning moment. Coming agonisingly close to making it all the way to the Tour Championship, Lowry is now back in Europe and ready for contend at a venue where he has posted many a score in the 60s.

It has been a comparatively lean period for this hugely popular player, but Fleetwood has quietly been playing some excellent golf of late, including a pair of fourth place finishes at the Scottish Open and 150th Open at The Old Course. We haven't seen him compete since that memorable fortnight on Scotland's East Coast, but this Ryder Cup star looks ready to win again.

The Australian continues to display admirable quality in a career that is now well into its third decade, with a solid Open at St Andrews and charge through the FedEx Cup Playoffs seeing him qualify for the Tour Championship at East Lake. Ahead of the Presidents Cup, where Scott will be a prominent on-course leader, he would love to translate good play into another big title.

The former world number one has been a frequent contender at Wentworth - notably losing a playoff to Anders Hansen in 2007 - but has been a while, too long, since we saw the 2013 US Open champion claim a victory on the golf course. However, we have witnessed some encouraging signs of form, including a strong performance in Canada, and Rose will be refreshed after several weeks off.

It's been a summer rejuvenation for the Englishman, who finished runner-up at the Hero Open among several other notable results. Contending here would be another step in that resurgence. The 31-year-old was sixth at Wentworth in 2020 and has tasted success on home soil in the past at the British Masters in 2018.

The participation of several LIV Golf members in the field has proven controversial and was bemoaned by DP World Tour CEO Keith Pelley, but Lee Westwood remains a favourite with many fans in England and comes into the week following a near-miss in the latest event in Boston, where the veteran finished a shot outside the playoff between Dustin Johnson and Cameron Smith. The 49-year-old has twice been a runner-up but the BMW PGA title has remained elusive thus far in a sparkling career.