AND so the PGA Tour enters its final straight, with Tony Finau defending his title at what was the Northern Trust Open but is now the FedEx St Jude Championship at TPC Southwind.

When Finau won last year it was his first victory in more than five years but boy has he made up for lost time in recent weeks, winning the 3M Open and the Rocket Mortgage Classic in successive weeks to turn a mediocre season into the best of his career.

The top 125 players in the FedEx Cup standings will gather this week, at the end of which they will be whittled down to 70 who will progress to next week’s BMW Championship, after which the elite top 30 will head to the Tour Championship and much gold at East Lake.

Last year, Finau ended more than five years and 142 tournaments without winning with a  charge on the back nine and some help from Cameron Smith to capture the rain-delayed Northern Trust in a Monday playoff. The final round had been postponed as Hurricane Henri approached, and the edges of what became a tropical storm at landfall dumped more than six inches of rain on Liberty National. There was another four-hour delay in the morning and spectators were kept away.

Finau was three shots out of the lead until he went birdie-eagle-birdie from the 12th to close with a six-under 65.

Smith missed a 25-foot birdie chance on the 18th in regulation that would have won it. He closed with a 67. On the 18th in the playoff, Smith hit such a wild drive that it sailed over the retaining wall that separates Liberty National from the edge of the Hudson River. Finau had already pounded his drive down the middle of the fairway, and the playoff at that point was effectively over.

There is no doubt that we will witness similar drama this time as a star-studded field attempt to catch Scottie Scheffler. The American has had an outstanding season, winning four times, including his triumph at The Masters. And Smith will be determined to go one better this time.

The Australian won the Tournament of Champions, the Players Championship and The Open at St Andrews and has been a model of consistency all year.

Among those who need a big tournament if they are to tee it up next week are England’s Justin Rose and Aaron Rai, and  former world No1 Adam Scott. 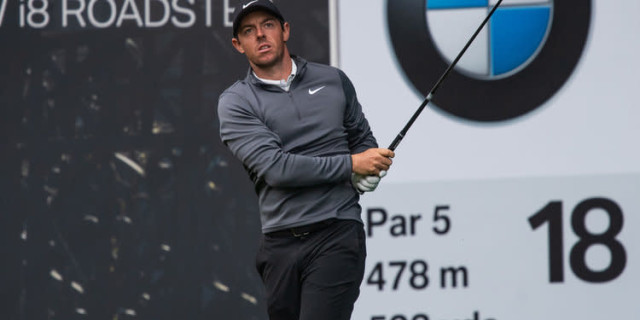 TPC Southwind is located in Memphis. It was designed by Ron Pritchard, Hubert Green and Fuzzy Zoeller and opened in 1988. It is a tree-lined par 70 that measures 7,244 yards. The course record is 61, shared by Jay Delsing and Bob Estes.

Patrick Cantlay’s worst finish since the start of June is a tie for 14th at the US Open. He was tied for fourth at the Scottish Open, tied eighth at The Open and tied runner-up at the Rocket Mortgage. Rory McIlroy has missed just one cut all season. He finished second at The Masters, eighth at the US PGA, tied fifth at the US Open and third at The Open. He also won the Canadian Open. The Northern Irishman will want to win the FedEx Cup.

Rory McIlroy. Due another win

Xander Schauffele. Back to his very best

Xander Schauffele. Can win on any course

Jon Rahm. Trying to put gloss on a strange year

Tony Finau. Has finally found a way to win

Greyson Sigg. Keep an eye on this youngster