7 Players to Watch at The Women's PGA Championship

This year's KPMG Women's PGA Championship is already the most lucrative in history after organisers revealed that the prize fund had doubled from last year to a princely $9,000,000 this week.

It's a trend that follows the $10,000,000 offered at the US Women's Open and reflects the growth of financial rewards befitting that of a major championship.

But not just that, the revamped Blue Course at Congressional - unrecognisable from when Rory McIlroy lifted the US Open there - is set to offer a stage that matches the stature of this event that has been transformed by the PGA of America and KPMG.

This has all understandably elevated the prestige - and we take a look at some possible contenders to keep an eye on.

You cannot ignore the defending champion who has recovered from a blood clot in her arm and has shown little evidence of rust, finishing inside the top ten at the US Women's Open and losing in a playoff on Sunday.

This supremely gifted American will once again be looking to stake her claim as the world's best ahead of Jin Young Ko and Minjee Lee. And you wouldn't bet against her.

The New Zealander has a wonderful calmness about her approach to the game and life at the moment - with results currently reflecting that mindset. She is remarkably consistent again, but it's been a scarcely believable six years since her most recent major.

It's time for that to change.

When she's on form, this Irish star makes it count; be it during a breathtaking Solheim Cup debut or when claiming her first LPGA Tour win earlier this year. And that's not to forget her brilliant final day rally on Sunday that almost yielded another triumph.

Perhaps she is saving that next moment of glory for the grand stage of Congressional.

Winner of the final major at Mission Hills in April, the American defeated Nelly Korda and Leona Maguire in a playoff on Sunday at the Meijer LPGA Classic. A determined competitor, the 25-year-old now has the validation of a major title and rich confidence behind her - and that makes her dangerous here in the shadow of Washington DC. 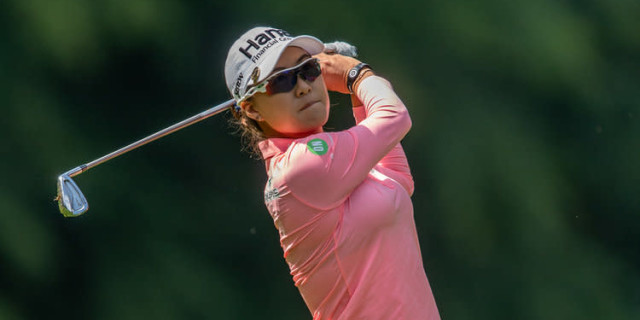 What more can be said about the Australian - who lifted America's national title earlier this month. Her quality has long been recognised, but now the major tally is beginning to reflect that - with another potentially on the cards this week in Maryland.

Formerly a regular winner on the LET, the teenage star from Thailand claimed her first LPGA Tour victory in March. Currently leading the circuit for number of birdies made this season, the 19-year-old is primed to contend in a major championship - and this could be the one.

Just a few days ago, this Solheim Cup player holed a magnificent eagle putt at Centurion Club to clinch the individual title in the Aramco Team Series and heads back across the Atlantic weeks removed from her best major finish that came at the US Women's Open.

Could she take that form to another level at Congressional? It's difficult to ignore this fiercely competitive golfer.