5 Reasons Why We Love The US Open

The US Open can always be relied upon to offer a delectable slice of drama with the occasional seasoning of madness, but it all contributes to an event that is arguably the toughest of them all to win.

Forget your FedEx Cup, Race to Dubai and LIV Golf, the major championships are the ultimate and the US Open is an indelible part of that defining story each year.

It can be an acquired taste, but we certainly love the US Open - and here's why.

Perhaps the most appealing element of the US Open is that it truly lives up to that name. For 2022, 88 players were exempt into the championship at The Country Club, but 68 made it via qualifying. The US Open is open to any professional, or to any amateur with a USGA Handicap Index not exceeding 1.4.

This year, 9,265 golfers entered throughout the United States and beyond, with the number being whittled down first by 18-hole Local Qualifying and then finally by the 36-hole Sectional Qualifying, which pits hopeful amateurs, college players and professionals against star names from the PGA Tour and DP World Tour.

It's this "open" nature of the event that generates many a compelling story each year, but you have to go back to 1969 and Orville Moody to find a champion who made it through both Local and Sectional, as Ken Venturi did in 1964. Lucas Glover, Michael Campbell and Steve Jones are among the eventual winners who made to through Sectional to triumph in America's national championship.

Dating back to 1895, the US Open effectively correlates with the growth of the game in the United States. Those early years were dominated by Scots and Englishmen, before John McDermott became the first home winner in 1911 and 1912. But it was the extraordinary success of amateur Francis Ouimet in 1913 at The Country Club, Brookline, that elevated the sport in America, inspiring the likes of Bobby Jones and Gene Sarazen who followed him.

From Hagen to Armour, Hogan and Nelson, Nicklaus, Palmer and Player, Woods, Els and McIlroy, the US Open trophy is populated by legendary names, offering a history and meaning that can only be found in the major championships.

Famously, the US Open is distinguished by the unrelenting challenge it presents. For decades, the event has been renowned for its narrow fairways, thick rough and slick greens, with the winning score often being over par, a true rarity at the highest level of the game, albeit that reputation has been softened somewhat in recent years.

Now, it's highly questionable whether such restrictive setups are the best way to identify champions, and the golf showcased is not always of the dynamic variety seen at the Masters or the Open Championship, but each major should be unique and test the world's best differently.

So, while the attritional nature of the US Open may not be suitable for regular viewing, for one week of the year, there is something undeniably compelling about it.

Related to the above setups, the USGA, who organise the championship, have often fallen into controversy with how they run the event and examine the top players.

Who can forget when half the field couldn't reach the 10th fairway at Bethpage Black, or when the greens at Shinnecock became effectively unplayable? Many golfers bemoaned the nature of Chambers Bay in 2015, while the rules of golf themselves - which the USGA jointly oversees - have sometimes come into question too.

It has occasionally become unedifying to watch these conflicts between players and governing body during a US Open, but it's only golf and the odd sprinkling of farce has at least made things interesting. 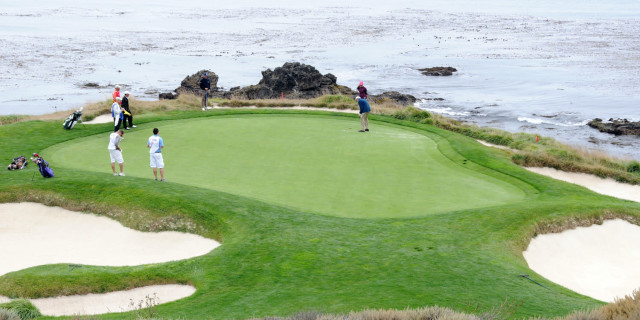 Majors are usually defined by two things; the eventual champion and the venue. The US Open has experimented in recent years with the likes of Chambers Bay and Erin Hills, and will visit a new destination in 2023 at Los Angeles Country Club, but generally the championship takes the world's best to courses with a rich history and story behind them.

From Oakmont to Merion, Pebble Beach and Shinnecock Hills, Winged Foot and The Country Club, the US Open typically brings the old and the new together, introducing the current generation to layouts that once challenged the legends. That is a fascinating dynamic that further elevates the US Open from most tournaments you see throughout the year.

If only these old classics could talk, the tales they could tell, but you certainly hear from them during a US Open.

Why Do Golfers Love The Masters So Much

6 Reasons Why The PGA Championship is Golf's Underrated Major

Why The Open is Golf's Best Major