Minjee Lee Player Profile And What's In The Bag

MINJEE LEE won the US Women’s Open at Pine Needles by four shots.

Lee now shares the distinction of winning both the US Open and US Girls Junior Open with the likes of Mickey Wright, JoAnne Carner, Hollis Stacy, Amy Alcott, Inbee Park and Ariya Jutanugarn.

“This is pretty special,” said Lee. “This is the one I've always wanted to win since I was a little kid, so it just feels pretty amazing to be able to get it done today. I just can't believe it.”

Lee missed out on becoming only the second player to post four sub-70 rounds, but an even-par 71 gave her a 72-hole total of 13-under 271, enabling her to eclipse the 72-hole scoring record of 272 shared by Juli Inkster, In Gee Chun and Annika Sorenstam, who first posted that score in successfully defending her U.S. Women’s Open title at Pine Needles in 1996.

Challenging hole locations combined with firm conditions made scoring conditions the toughest of the week on Sunday, and only two players - Hyejin Choi (70) and 2019 champion Jeongeun Lee6 (69) - broke par.

Mina Harigae, who entered the final round three strokes back of Lee, fought through the challenging conditions to shoot a 1-over 72 and finish solo second at 9-under 275. Choi, the runner-up in 2017 as a 17-year-old amateur and now an LPGA Tour rookie, finished third at 7-under 277, one ahead of world No. 1 Jin Young Ko. World No. 3 Lydia Ko was another stroke back at 5-under 279. 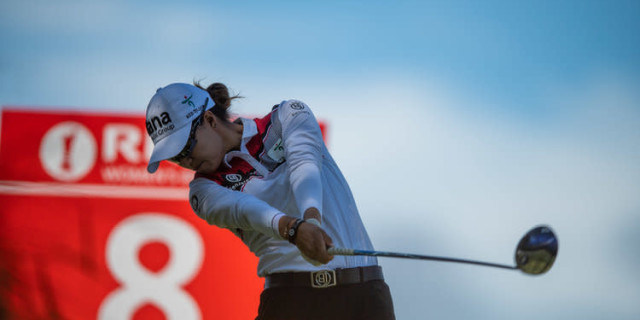 Who is Minjee Lee?

Lee is a 26-year-old Australian who has won eight times on the LPGA Tour and twice on the Ladies European Tour. Her parents were born in Korea and moved to Australia in the 1990s. Her brother is Min Woo Lee.

Her victory at the US Open is her second major title - she won the Evian Championship in 2021.