What Next For Rory McIlroy?

WHERE next for Rory McIlroy? And what next?

After his astonishing final round at The Masters, where he finished second after a spectacular 64, the Northern Irishman told anybody prepared to listen that he couldn’t wait for the rest of the season. He had gone out at Augusta, played with freedom, found fairways, attacked pins and holed putts.

He arrived at Southern Hills fresh from a decent finish at the Wells Fargo Championship. He went out on day one in the company of Tiger Woods and Jordan Spieth and put on an exhibition. He played with freedom, found fairways, attacked pins and holed putts. Sound familiar?

McIlroy had got off to the start he wanted in a major. Finally. Many pundits began to talk about the rest of the tournament as if it were a formality.

Day two was a very different story. The driver that had been so accurate on the Thursday wasn’t quite as comfortable in his hands and he missed a host of fairways. It putt all sorts of additional pressure on his iron play. It wasn’t a good day at the office but here’s the thing…McIlroy holed a bunch of putts and walked off with a one-over-par 71. Not great, but hardly a disaster. 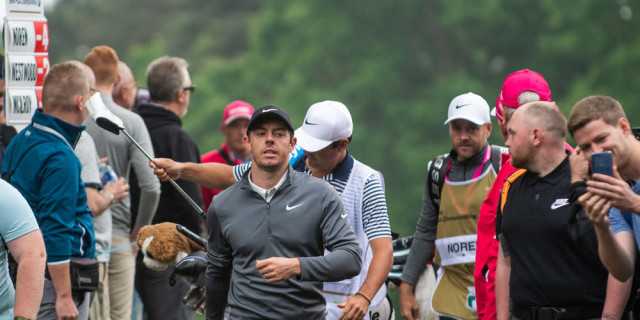 While McIlroy was hanging on for dear life, Woods was producing a masterclass. Also nowhere near on top of his game, and quite clearly still in pain as he continues to recover from the car crash that nearly killed him, the 15-time major champion called upon all his powers of recovery for a 69 that saw him comfortably make the cut.

And so we moved to day three. Almost inevitably, Woods went backwards in a hurry, labouring to a horrible 79. You cannot deny his incredible courage and bravery but the man could hardly walk and it came as no surprise when he withdrew.

Remarkably, he has made the cut at both The Masters and PGA Championship on courses that would test the fittest of men and women. He will surely now opt to give the US Open a miss so that he can be ready for the 150th Open Championship at St Andrews. He is a two-time winner at the home of golf, says it is his favourite golf course in all the world and, best of all, it is flat.

He has almost two months to get himself ready and if he is pain-free, who knows?

But back to McIlroy. Woods wasn’t the only one going backwards on day three at Southern Hills. McIlroy was all over the place as he stumbled and staggered his way to dispiriting 74. He cut a pretty frustrated figure, knowing that his bid to end his eight-year major drought would continue.

And of course he came out in the final round and on a day when most players were going backwards, our hero shot a 68 for yet another top-10 finish in a major.

He now heads to Muirfield Village for The Memorial Tournament. It is a golf course that hasn’t treated him terribly well. Logic dictates that he will struggle again. But this is Rory, so bet the house on him defying the odds and winning Jack’s tournament!